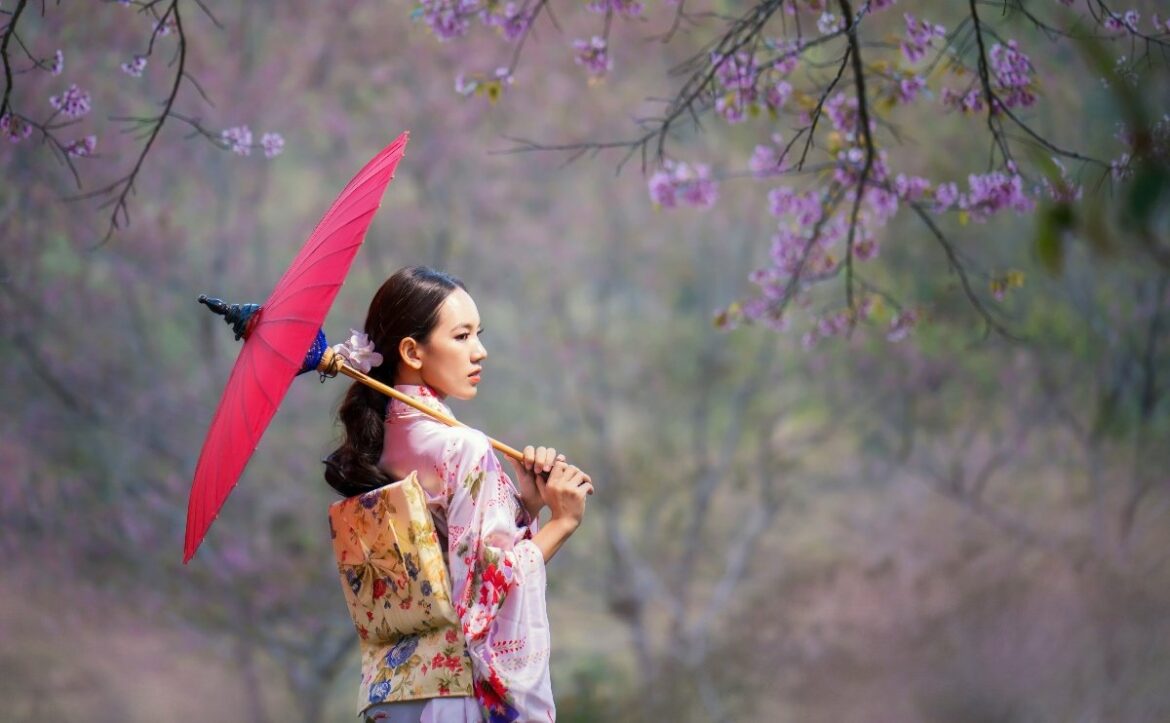 Here’s what the haibun poem type is:
A haibun is a prosimetric work that utilizes a combination of prose and haiku segments.
A haibun may only have one of each or it may have alternating segments for as long as the writer so desires.
The form has seen many iterations and is now an internationally recognized literary form.
If you want to learn all about the haibun poem type, then you’ve come to the right place.
Let’s get right into it!

What Is the Haibun? A haibun is a combination piece that contains both prose and one or more haikus (depending on the length of the haibun).
The form traces its origins to Matsuo Bashō, one of Japan’s most famous poets.
It eventually achieved international prestige alongside the haiku and is now celebrated around the world as a prominent literary form.
Pieces like this are called “prosimetric forms.”
This comes from prosa (prose) and metrum (verse).
They’re relatively rare, though many novels and longer prose works have experimented with including poems alongside their core content.
A haibun does not treat the haiku as a mere accessory though and is instead only complete when both pieces are present.
What Are the Basic Properties of the Haibun? Rhyme StructureNoneMeterUnmeteredOriginJapanPopularityContinues to be a popular form in Japan; has spread to other cultures in recent decadesThemeVaries; wider than traditional haikus
How Is the Haibun Structured? The haibun is unique in that is actually comprised of two separate pieces that are meant to intertwine with each other.
Ultimately the key component of the haibun is the interaction between a prose piece (usually short) and one or more haikus.
Notably a haibun will typically avoid first person perspective, choosing to describe a scene objectively.
The most common structure seems to be for the haibun to start with a prose piece and then end with a haiku.
The haiku, importantly, is not usually just a direct continuation of the prose.
It is not meant to simply wrap up the events of the narrative or reflection in a neat little conclusion, but to engage in conversation with the preceding prose in some way.
How this interaction manifests itself can vary wildly depending on the poet’s style and execution.
A compact haibun will often limit the text of the prose segment so as not to overpower the haiku.
Longer works are possible though, usually by adding more alternating segments of prose and haiku until the writer is satisfied with the final length.
The most frequent use of the haiku is to reveal a climax or epiphany that compliments the prose piece in some way.
Since haikus are inherently very short, it’s not entirely uncommon for the haiku’s place in the haibun to seem cryptic or merely stylistic at a first glance, but it is important that the haiku contribute a level of depth to the combination in order to justify its existence.
Various topics are fair game for a haibun.
These might include narrative, journalistic, autobiographical, philosophical, or spiritual works, among others.
What Is an Example of a Haibun? The Dried-Up FarmDry dusts beat against the barn again, begging to be let in so the dead winds can ruin everything. The cicadas squawk and scream, dissatisfied with the humble offerings of the dying corn. An old rusty watering can beside the door tells the story of a few decades of hard work maintaining the crops, only for one summer to tear it all down.One water droplet
holds within it so much weight
wherever it falls.
The above haibun combines a short 63-word prose section with a single haiku.
In this case, the prose piece is purposely heavy and oppressive, designed to share the emotional impact of a drought.
It gives us the setting and the problem while hinting at the stakes.
This weight is then juxtaposed with the haiku.
A haiku, by its very nature, is light and airy, so there was already going to be an inherent contrast with the preceding section.
But what really sets the haiku apart in this instance is how it ties optimism and a lesson about the value of the preceding section, replacing the wasteland of the prose with a crisp image of a single raindrop.
One of the core advantages of the haibun is that it can get a point across in a poignant way without coming off as pretentious or preachy.
This haibun clearly wants to express the worth of rainfall in rural living, but the haiku allows it to achieve this goal gracefully without diminishing the impact of the message.
What Is the History of the Haibun? The famous Japanese poet Matsuo Bashō was the one to coin the term and he is, as such, officially credited with the invention of the form.
He is and was a legendary poet in Japanese history and is considered the most famous poet of the Edo period (1603-1837).
The origin of the term appears to be a letter from Bashō to his disciple Kyorai, written in 1690.
Haibun became a familiar sight in Japanese literature in the following centuries and eventually seeped into world literature alongside the haiku.
Elizabeth Lamb accredits the first English-language haibun to Canadian writer Jack Cain in the form of his 1964 piece, “Paris,” but the first known contest for English haibun didn’t take place until 1996.
Surprisingly English haibun has already been divided up into different schools of thought and the form is now being iterated on both in its home region and internationally.
What Are Tips for Writing a Haibun? The prose section is fairly self-explanatory, as long as you have some experience with writing in paragraphs.
Since the haiku will not have much space to deal with things like setting and character, it would be a good idea to set up any such details within the text of the prose section if they’re relevant to the piece.
It’s recommended that you be careful about the length and complexity of the prose piece.
If your goal is to write a short haibun, with only one prose piece and one haiku, then you need to be careful not to fall into the trap of providing too much information.
The prose section of a haibun can be as short as 20 words, so think of the scene as a series of images rather than a series of events, if possible.
The haiku itself should follow the typical structure expected of a haiku. This means that it will have a 5-7-5 syllable structure.
Western haikus often ignore the seasonal words and cutting phrases associated with Japanese haikus, so you can generally treat these three lines as mostly free verse poetry, though there should be a heavy focus on imagery.
Remember that the biggest limiting factor will be the absolute brevity of the haiku.
While you can take some liberties with the length of the prose piece, the haiku for the piece (or section) will inherently be a mere 17 syllables.
You don’t have space to go into some convoluted conclusion or plot twist.
There’s only enough space for about one complete thought, so make it count.
Poet’s Note

Adding haibuns to a compendium of poem forms may seem unusual due to the prose content but think of it this way: We either treat it as both prose and poetry or we treat it as neither.
If you treat it as neither, then where does it go?
Do you make a separate glossary just for prosimetric forms?
What Are the Most Important Types of Poems?