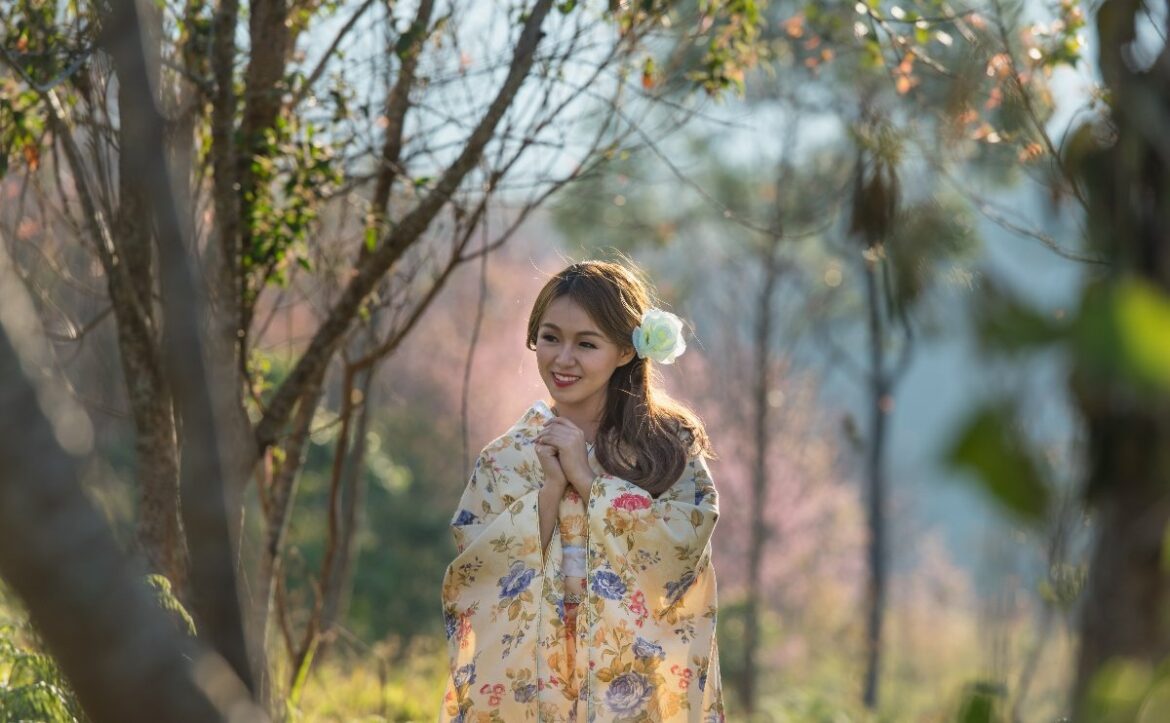 Here’s what the katuata poem type is:
The katuata, which some sources refer to as the katauta, is a Japanese half-poem intended to be a question for a lover.
It uses a similar structure to the haiku, opting for a 5-7-7 or 5-7-5 syllable structure, being different mainly in its theming and intended purpose.
If you want to learn all about katuata poems, then you’ve come to the right place.
Let’s get right into it! 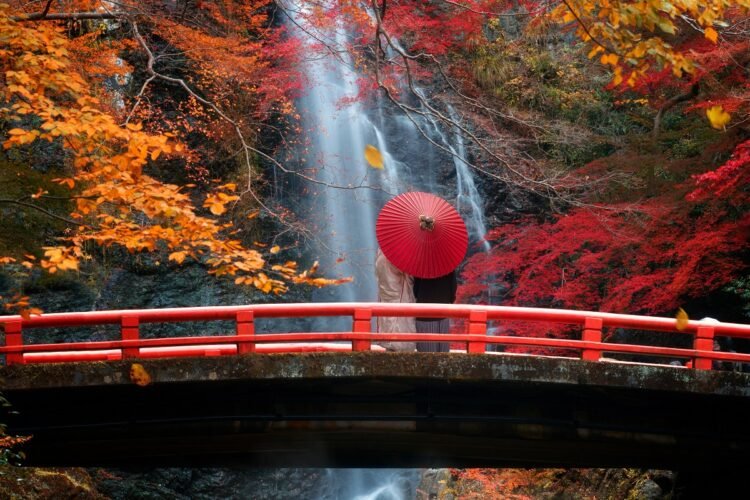 Put simply, a katuata is very much like a haiku with a romantic theme instead of only referring to seasons or nature as the primary motif, though those images are still common throughout Japanese poetry (including within the katuata).
Of course, there are some more nuances in the native tongue, but for our purposes that is the main difference.
I should briefly mention that I’ve seen this spelled as both ‘katuata’ and ‘katauta’ in English.
However, the sources that I personally consider to be the most reliable seem to use ‘katuata’ and it does look, to my eyes, more like other Romanized Japanese words I’m familiar with.
As such, I’ll be taking that to be the proper name but do know that you’ll find articles about the poem under both names if you choose to research it in depth.
Katuata fit in smoothly with the most traditional forms of Japanese poetry, maintaining the typical counts of five and seven syllables we’ve come to expect from short Japanese forms.
Just like many other Japanese forms, there are collaborative versions.
In this case, a collaborative form would be a sedoka, comprised of the questions and answers between two lovers.
The katuata can exist by itself as a question posed to a lover but it is generally considered an incomplete or half-poem and is quite similar to the mondo, another question-answer form.
If completed by an answer, then it becomes a sedoka. The katuata seems to date back to at least 8th century Japan.
What Are the Basic Properties of the Katuata? Rhyme StructureNoneMeterNoneOrigin8th century JapanPopularityCulturally significant to its home region but only appears in passing in other languagesThemeQuestions and answers between lovers
How Is a Katuata Structured? A katuata, by itself, is a question posed to a lover in a poem that has a 5-7-5 or 5-7-7 syllable format.
While I mention this in every article about Japanese poetry, I should briefly remind you that these were not properly “syllables” in the original Japanese, but rather sound units unique to the language called on.
English has no proper equivalent to on so we use syllables as a stand-in when representing Japanese poem forms.
Initially, the katuata may just seem to be a haiku to an English speaker’s eyes, but that’s where we get into the minute details that often go under the radar when referring to haikus.
A Japanese haiku is expected to use seasonal words (kigo) and to feature a cutting word (kireji) with very specific placement.
We often forego these expectations in English haikus, treating the poems as if they only have to have a 5-7-5 syllable structure, which can lead to some complications when we review other Japanese poem forms that have the same structure but a different motif.
In reality, lines of five and seven sound units are quite common in Japanese poetry, so it’s important to recognize the historical difference between the two forms.
The history of the katuata is also closely linked to the history of the renga, and it has been written as a side poem to go with the renga form.
In general, the 5-7-7 structure seems to be more common in the poem’s native tongue.

What Is an Example of a Katuata? do the trees exist
only to obscure your face
so that gods are not jealous?
Many of the English examples I’ve seen do away with capitalization for some reason.
I followed suit, but honestly I doubt such a distinction matters to the form in the slightest.
It’s hard to tell if the predisposition toward uncapitalized words is just an English perception of the form as minimalistic, or if there’s some actual reason for it dating back to a logical train of thought.
But questions like that are a dime a dozen when we discuss more obscure forms.
An expansion of this form via sedoka would match the structure but may potentially reinvent the tone, so the poem can either be an obvious answer or can go off in an unexpected direction.
Generally, it’s expected that the sedoka will actually be written by the lover as a collaborative piece, but we’ll complete it ourselves here for the sake of having an example. 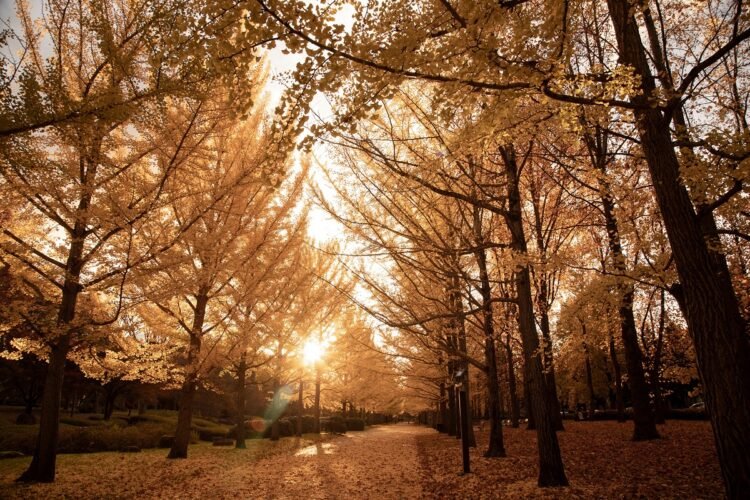 what a silly thought.
those old trees are clearly there
so we can hide together
The above poem is the answer, and together they would form one sedoka.
To be crystal clear, the first half-poem, by itself, is already a katuata.
The second poem expands the form into the completed sedoka, so while these are part of the same form, technically, they are also not interchangeable forms and should be respected accordingly.
In this case, the lover agrees that the trees exist for some ridiculous purpose but replaces the notion that they only exist for her with an idea that they exist for both of them.
This takes the poem to a natural conclusion while answering the question from the katuata.
What Are Tips for Writing a Katuata (Or Sedoka)? The katuata, the question, will usually give some fable-like expression that seems hyperbolic.
It might ask why the stars shine, where the sound goes after music stops, or when the mountains first rose up, as some examples, with some sort of romantic twist thrown in.
The katuata will usually not just be some direct question, but rather an overly romanticized expression rife with imagery that’s meant to inspire critical thought.
It is in this way very, very similar to the mondo, a poem emerging from Zen practices that asks for the student to pull their wisdom from nature.
The two forms most likely evolved concurrently within Japan, both influenced by the traditions of Japanese short poetry and notably by the hokku, originally meant to be part of a renga but later developing into its own separate form (the modern haiku).
I recommend coming up with a poetic image first.
Images taken from nature or rural living are especially indicative of the nuances that ancient Japanese forms are known for and represent timeless things that fit in well with the spirit of the poem.
As grand as an ocean, as specific as a seashell, or as conceptual as a bend in the river.
Just somewhere to start from, basically.
Think of a question about how that image fundamentally works.
Why does the river bend? Why is the ocean vast?
Can a seashell hold onto a voice the way it holds the sound of the sea?
There is any number of directions you can take for your question.
Then try to imagine how you would address this question to a lover so that it sounds romantic.
does the river bend
just to get closer to you
so that it can lick your feet?
If you’ll be writing the answer to the katuata, closing out a sedoka, then the process is sort of inverted.
This process is roughly the same whether you’re answering your own katuata or are actually collaborating with a lover.
You want to chew on the question and shoot back an answer that is both interesting and that inspires further thought, ideally.
if it licks my feet
then it is only because
it cleans them to impress you
Poet’s Note

If you’re bored with haikus, which have admittedly been done to death and very much overworked lately, then the katuata/sedoka format allows you to keep writing in a similar form, but with a renewed purpose.
It’s a splendid form for all haiku lovers, though I do admittedly hope that this upcoming generation of poets will lead us in a less obvious direction.
What Are the Most Important Types of Poems?