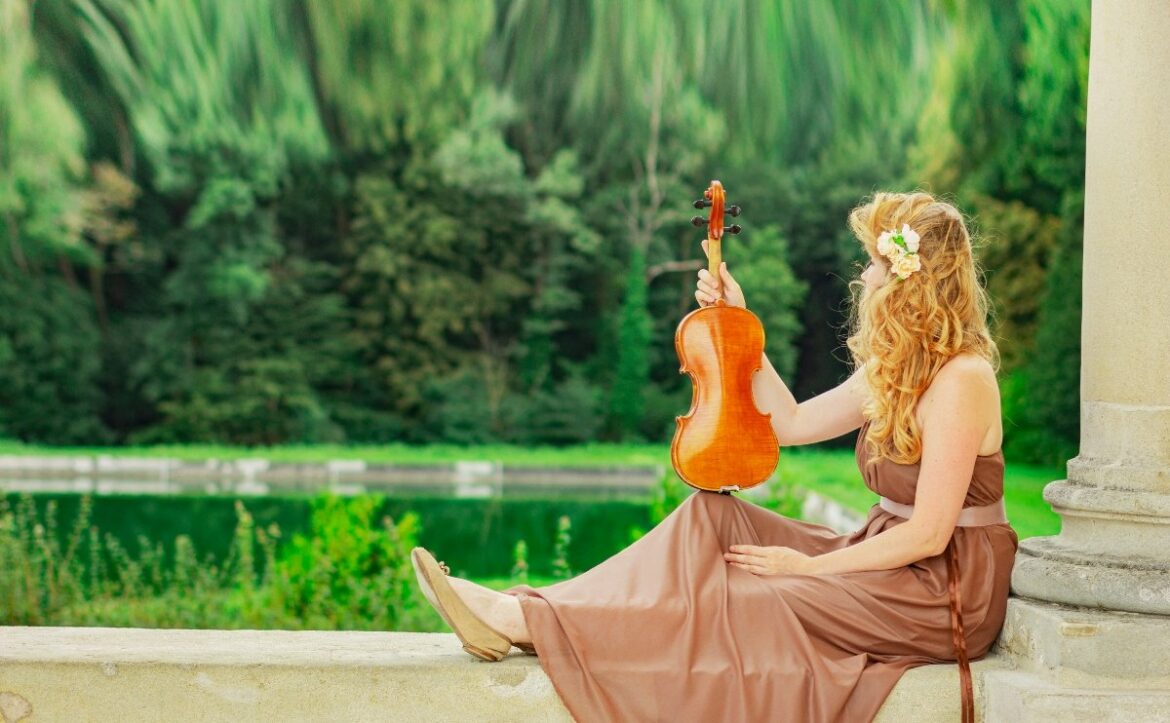 Here’s what the lai poem type is:
The lai is a French form utilizing nine-line verses that are further divided up, structurally, into three-line units.
Each verse has an AABAABAAB rhyme scheme, while each three-line unit has a 5-5-2 syllable structure.
This makes for a poem form that is demanding, but aesthetically pleasing when properly achieved.
If you want to learn all about lai poems, then you’ve come to the right place.
Let’s jump right in!

What Is a Lai? A lai is a type of poem originating from France and it is very, very old.
Old enough that there’s quite a fair bit of confusion as to what a lai is and is not, but the most agreed-upon definition refers to a form based on three-line units and an AAB rhyme scheme.
It is not to be confused with the Breton lay or the virelai ancient.
It should be noted that the word “lay” has also historically been used simply to mean “song” which certainly hasn’t helped in the confusion department.
Since the sources regarding this form don’t necessarily all agree with each other, given the lengthy history of the form, you should go into this article with the understanding that it was written under a “the majority rules” mindset out of necessity.
The history of the form is mostly restricted to France and Germany, from what I can tell.
What Are the Properties of the Lai? Rhyme StructureStrictMeterNone, but syllables are countedOriginFrancePopularityHas a long history in its home region but is not especially popular in the English-speaking worldThemeVaries
How Is a Lai Structured? The lai is organized into nine-line verses with an AABAABAAB rhyme scheme that ultimately divides the poem up into its constituent three-line units mentioned above via the repeating rhyme scheme.
The poem can potentially go on for any number of verses.
The individual units have a 5-5-2 syllable structure, meaning that each verse will ultimately be exactly 36 syllables.
This would be a comfortable amount of room to work with, but the rhyme scheme adds a significant degree of difficulty to the form since the English language isn’t well-equipped to deal with six uses of a single end sound.
Thankfully the rhyme scheme is only internal to each verse and does not need to be linked across multiple verses unless the poet is feeling particularly masochistic.
While the form’s rhyme scheme and short syllable counts are a bit demanding, it at least requires no particular pattern of stressed and unstressed syllables, so you can breathe easily if you don’t like to use meter in your poetry.
A fully realized lai ends up quite playful and charming, but it can be hard to accomplish anything with depth within the stringent restraints, at least in English.
Nonetheless, the form is quite suitable for children’s poetry.
What Is an Example of a Lai? Staying InI stay in today.
You can go away
somewhere.
Clouds are hanging gray.
Thus I gladly stay.
Beware
if you will go play.
I have had my say.
Take care.
The above lai is about as simple as it gets, but it should be sufficient for going over the expectations of the form.
Keep in mind that a lai poem can potentially be much longer than this by simply adding more verses, each with their own set of end sounds, but it does get harder and harder to maintain a common thread across your narrative as the poem expands, given its structure.
The line lengths themselves, while unusual, are certainly not that much of a hurdle.
If five-syllable lines were that hard, then the haiku never would have caught on.
The real dilemma comes in keeping your thoughts and narrative logical and clear as the poem goes on since you quickly find yourself grasping at straws to add those last few rhymes.
Alternatively, you can write a nonsense poem in the lai format but that feels a bit disingenuous.
After all, anyone can just rhyme some random gibberish lines with each other.
If you’re going to write a lai then face the challenging rhyme scheme head-on, at least, daunting though it may be.
What Are Tips for Writing a Lai? Five words on the longest lines is not a lot of space to set up the next end sound already, and compounding that with the repeated usage of just two end sounds certainly complicates things.
Your first, second, and last consideration for how to handle the lai should be how you handle its tricky rhyme scheme, not originally intended for modern English (obviously).
To that end, it’s recommended that you stick to short words, even monosyllabic if possible, with very simple and common rhymes that you can reliably find more lines for.
English poetry tends to frown upon repeated end words or slant rhymes, but you may have to compromise slightly on the latter, depending on what end sounds you choose to go with.
The shorter lines, surprisingly, aren’t much of a problem.
While they are a mere two lines, you generally have a lot of space in between them to think about how you’ll set them up, and the end sounds on the disyllabic lines are only used three times.
Those five-syllable lines are quickly going to become a battle of attrition though, so go into this form prepared for a bit of a fight.
It’s not uncommon for English attempts at the lai to come off as tortured and forced, just by virtue of how unsuitable the form really is for the language.
Poet’s Note

Personally, I think this form is better off staying in its native tongue for the most part.
Romance languages are far better suited to dealing both with two-sound rhyme schemes.
Those short line lengths would always be a bit hard to handle, but in English it makes the rhyme scheme sting that much worse.
While we’re all sick of seeing Iambic pentameter plastered all over everything, there are many good reasons that English poetry tends to default to longer lines.
What Are the Most Important Types of Poems?