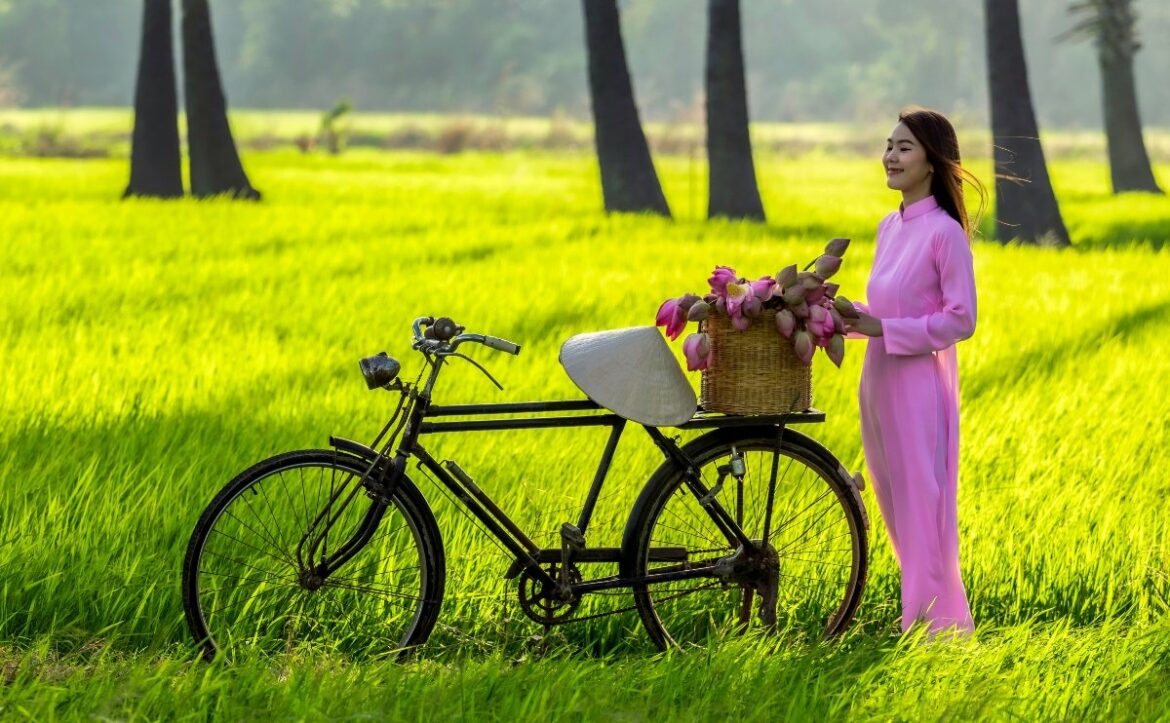 Here’s what the luc bat poem type is:
The luc bat is a unique Vietnamese verse form that utilizes rhymes both at the ends and within the lines in a cyclical structure that can be repeated ad nauseam.
This can lead to poems of dozens, hundreds, or even thousands of verses, depending on the patience of the poet.
It remains popular in its home country.
If you want to learn all about luc bat poems, then you’ve come to the right place.
Let’s dig in!

What Is the Luc Bat? The luc bat is a Vietnamese verse form with a unique rhyme scheme.
The poem’s name really just means “six-eight” in Sino-Vietnamese, in deference to the alternating lines of six and eight syllables.
I apologize to Vietnamese-speaking readers in advance, as I won’t be accenting my letters properly since it’s uncomfortable to do so on an American keyboard and word processor.
Whereas much of Vietnamese poetry has historically been enjoyed by the higher classes, the luc bat is a much more universal form that all of Vietnam has enjoyed since its inception.
There are extremely long poems, with well over 3000 verses, written entirely or almost entirely in the luc bat form.
Despite this, the form has struggled to make much of a name for itself in the Western world, at least compared to superstars like the sonnet, the haiku, or the ballad.
The emphasis on tone as a mechanic of the form may be partially at fault, since English and Latin-based languages typically don’t see tone as a poetic technique.
Our version of the luc bat is, as such, quite stripped down from the original.
What Are the Basic Properties of the Luc Bat? Rhyme StructureStrictMeterSyllable-basedOriginVietnamPopularityMost popular in its home country, but has a rich history locallyThemeVaries
How Is the Luc Bat Structured? The luc bat has alternating lines of six and eight lines, such that the poem will always begin with six syllables and end with eight.
Each unit of a luc bat, being just two lines, has a rhyme scheme that repeats as the same internal rhyme scheme of every set of four lines throughout the poem.
One interesting quirk of this rhyme scheme is that it actually utilizes both end sounds and sounds within the lines, opting for internal cross-rhymes, a technique seldom seen in poetry.
English adaptations of the form tend to only mention the line lengths and rhyme scheme specifically, but there is more to the form in its native tongue.
For reference, the internal rhyme scheme of each set of four lines looks like this:
xxxxxA
xxxxxAxB
xxxxxB
xxxxxBxC
Were it not for the extra two syllables on the even-numbered lines, each unit of a luc bat would only be a rhymed couplet with hexasyllabic lines.
The obvious complication thrown in by the even-numbered lines is that they add a new sound which then becomes the next sound.
Were we to continue the above structure, the next end sound would be ‘C’ as implied by the final line above.
Thus the next section would be:
xxxxxC
xxxxxCxD
This pattern continues until the poem ends, but there is no set length, as you may have determined by (let me reiterate) the fact that luc bat poems with thousands of lines already exist.
A fun quirk of the ending is that it is often tied back around to the beginning, effectively ending in the poem’s ‘A’ sound regardless of where the poem does eventually end.
I don’t know if this standard is adhered to in the very long variants, though, since I don’t speak enough Vietnamese to go check.
This would be the end of the discussion if I only planned on explaining the English adaptation of the form, but I do so love being thorough. So strap in for the weird part.
Vietnamese poetry utilizes tones, which are loosely referred to as “sharp” and “flat.” There are actually multiple ways to categorize Vietnamese tones and this specific categorization style is only applied specifically to poetry.
In a luc bat poem the tone pattern is expected to follow this pattern:
ssffss
ssffssfs
Naturally ‘f’ stands for flat (trac) and ‘s’ stands for sharp (bang).
The odd syllables do not have to follow the rule, allowing for some flexibility.
There are also some uncommon exceptions, but let’s not go too far down the rabbit hole.
It’s also worth mentioning the two types of rhymes in Vietnamese poetry, which loosely translate to rich rhymes and poor rhymes.
To simplify it, this concept is actually quite similar to our true rhymes and slant rhymes, just with some more tonal nuances thrown in.
The proper Vietnamese luc bat actually takes these into account in its structure, something English absolutely never does in its own poem forms.
Now the reality, if you hadn’t guessed, is that English just doesn’t work like Vietnamese. (Shocking!)
If you’re writing a luc bat in English then you’re better off simply ignoring the tonal restrictions and rhyme rules of the native tongue, though you are welcome to use stresses and the distinction between true rhyme and slant rhyme as stand-ins if you’re feeling outrageous.
Granted, that would make you a crazy person, but if you’re a writer then that’s not entirely out of the question.
I’m mostly cataloging all of this information about the original restrictions for posterity because I don’t want you going to Vietnam with your English luc bat and expecting the locals to worship the ground you walk on. Not that you would, of course.
I like to believe you’re all much better than that.
What Is An Example of a Luc Bat? Dancing in MoonlightI dance in moonlight near
the border that rests here between
this place so rarely seen
where ghosts have perhaps been awake
waiting for souls to take
as merriment they make each night
when the last dregs of light
leave as if dragged by fright or tears.
This is an example of a relatively short luc bat, using only the rules that are typically carried over by English speakers.
As you can see, the poem’s unique rhyme scheme has an interesting effect on the overarching feel and rhythm of the poem that really is unlike most things you would see in traditional English poems.
That’s definitely part of its charm.
The only potential frustration I can see is in the ending.
While tying to the beginning is nice, it does often feel to the ears as if the rhythm just ‘falls flat’ at the very end.
Shorter luc bats like this one can get away with it somewhat since the first end sound is still fresh in the mind, but the dissonance of the ending is harsher the longer the poem is.
Whether you like or hate that is up to you.
What Are Tips for Writing a Luc Bat? Our version of the luc bat is honestly much easier to write than the original form and could even be considered baby’s first luc bat, so I won’t pretend it takes a rocket scientist to make this one work.
Still, this is a formal poem and there are some considerations you need to take into account, as is always the case with formal poems.
When choosing an ending sound, make sure you can comfortably rhyme with it, always.
You’ll be using it three times, so easier is often better.
This is true even in terms of quality since an easy end sound generally means your poem will sound more natural than if you had forced it with super uncommon word choices throughout.
Keeping to even syllable counts is easier than you might think since English is simply dripping with one and two-syllable words.
Did you accidentally write seven syllables? Replace a disyllabic word with a monosyllabic substitute.
Missing two syllables?
Add a fitting adjective.
Just be careful not to murder the rhyme scheme when tweaking placements.
This rhyme scheme is quite sensitive to minor changes, as you can probably imagine.
As for length, the luc bat is remarkably flexible in this regard.
Are you writing a short poem of complaint about your neighbor?
It fits.
Perhaps you prefer a long piece about the perfect positioning of the moon and stars juxtaposed against the curve of your lover’s nape as she looks longingly into the depths of the ocean and tells you a story.
Sure, go as long as you like.
That flexibility is really one of the strong points of the form.
It’s as good for something as short as a limerick as it is for something as long as an epic and suits every topic in between.
So whether you’re a romantic, a storyteller, a sassy cynic (See: Me), or any other stripe of the spectrum, the luc bat can probably say what you want to say in a meaningful way.
Poet’s Note

I could have probably just skimped out on the original Vietnamese properties of the luc bat had I wanted to, without anyone being the wiser.
Other archivists certainly have. Then again, what kind of writer would I be if I settled for being ‘as good’ as everyone else instead of ‘better than’…?
What Are the Most Important Types of Poems?