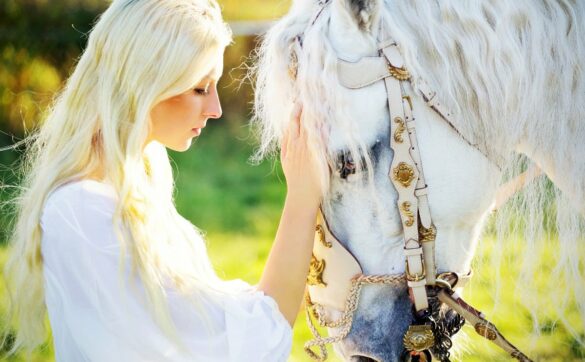 What Is the Madrigal? The English madrigal is kind of hilarious in its own way.
Why?
Well…no one really knows what it is, exactly.
While there have been attempts to codify the madrigal into a fixed form, most notably by Geoffrey Chaucer and William Drummond, the reality is that the madrigal in English just kind of exists, floating around the language without settling into a fixed definition.
Madrigals are commonly short lyrical poems about romance, but not always.
Sometimes they’re very long and sometimes they’re not about romance.
In all honesty, it seems like someone confused the word madrigal for a “song” at some point and screwed things up for everyone.
The reason I find this hilarious is that English poets are notorious for wanting to name every facet of every poem and especially every form.
There’s a desperate need, particularly among scholars, to label everything.
But then you have the madrigal, daring you to pigeonhole it into any one definition when it knows full well that you can’t.
We will explore the original Italian version, Chaucer’s madrigal, and Drummond’s madrigal, but you should go into this knowing that the form’s main claim to fame is its staunch resistance to definition.
It bounced from Italy to France to England and beyond, leaving a different version of itself everywhere it went.
And honestly, I love it for that.
What a free-spirited form!
What Are the Basic Properties of the Madrigal? (3 Types) Rhyme StructureVariesMeterVariesOriginItalyPopularityScatteredThemeVaries, but most often about romance
#1 The Italian Madrigal The Italian madrigal is written in lines of seven or eleven syllables, typically starting in tercets, but it sometimes has two tercets and sometimes three.
It is then capped off with one or two couplets, usually.
It then has multiple accepted rhyme schemes, because of course it does.
Madrigals were really more a genre of Renaissance music in Italy than a particular poem form and were tailor-made to be sung by multiple voices, usually three to six, though it can go as low as two voices or as high as eight.
One way to explain the madrigal’s refusal to be defined is to understand it as a word that wants to be a genre rather than a form.
For example, how do you categorize rock music? By how many syllables?
By what structural elements?
Where is the division between classic rock, pop rock, and punk rock, structurally speaking?
When you start asking simple questions like that, the seemingly absurd madrigal’s existence starts to make a little more sense.
Yes, it seems to purposely make itself harder to define with every passing year.
But considering its origin as a song more than as a poem, that makes more sense than it might initially seem, since music tends to feature more subjective definitions.
#2 Chaucer’s Madrigal When English-speaking poets (See: Lunatics) try to define the madrigal, one of the first sources that comes up is Geoffrey Chaucer.
His fame and notoriety within the writing community lend his codified madrigal a fair amount of credibility, though it was ultimately just one poet deciding that madrigals needed a strict form.
Chaucer’s form expects thirteen lines, being a tercet (three-line verse), quatrain (four-line verse), and a sixain (six-line verse).
Interestingly, this takes the madrigal away from its original direction, as the Italian madrigal tends to have shorter verses at the end (couplets) and longer verses at the beginning (tercets).
This variant of the madrigal expects Iambic pentameter because English poets were feverishly obsessed with it during Chaucer’s lifetime to the point of it being a health concern, and a rhyme scheme of AB1B2 abAB1 abbAB1B2 in which the capital letters are refrains (repeated lines).
Ah, leave it to a 14th-century Englishman to make things too complicated.
It’s important to note that Chaucer comes from an era when strict meter, use of refrains, and two-sound rhyme schemes were a badge of honor.
The harder a poem form was to work with, the more prestige and street cred a poet brought to his name by mastering it.
#3 Drummond’s Madrigal Hundreds of years later the form would experience a bit of a revival and be redefined, again and for possibly the thousandth time in its lifespan, by William Drummond.
Drummond’s madrigal allows for the poem to be anywhere from six to fourteen lines and defines the syllable counts as being six or ten syllables per line, though the first line is expected to always be six syllables.
Drummond’s rhyme scheme is a bit flexible, with one of the options being abcabddccee.
The poem is also expected to be a love poem, in this case, usually showering compliments upon an object of affection in typical flowery love poem fashion.
While some of Drummond’s restrictions do bring up the same questions as usual, like “Where exactly did you get the six syllables thing?” there is an apparent desire to capture the flexibility of the form.
What Is an Example of a Madrigal?

Like the Idalian QueenLike the Idalian queen,
Her hair about her eyne,
With neck and breast’s ripe apples to be seen,
At first glance of the morn
In Cyprus’ gardens gathering those fair flowers
Which of her blood were born,
I saw, but fainting saw, my paramours.
The Graces naked danced about the place,
The winds and trees amazed
With silence on her gazed,
The flowers did smile, like those upon her face;
And as their aspen stalks those fingers band,
That she might read my case,
A hyacinth I wished me in her hand.William Drummond
If I have a choice between a definition that involves refrains and one that doesn’t, then I will always invariably choose the one that doesn’t, so we’re going with an example by Drummond for this article.
Call it bias. I’m fine with that.
Here we see Drummond really playing with the flexibility that his interpretation of the form allows for.
Line lengths and end sounds initially appear to be all over the place, but a brief reading of the poem aloud makes it clear that this is a very purposeful and meticulously crafted work of art.
The longer lines slow the poem down for a moment to focus on clear, sharp images, keeping the reader grounded, while the shorter lines set up and riff off of their longer counterparts.
The rhyme scheme is playful but exact.
Rhymes tend to prioritize even spacing so that it never feels unexpected or harsh when a poem ends in a rhyme.
Now I should make it clear that I am not completely opposed to Chaucer’s interpretation of the madrigal, either.
I personally feel that Drummond does a better job of capturing the madrigal’s history and flexibility, while Chaucer tried desperately to put a leash on a form that doesn’t want to be codified.
To each his own, though, and you may find that you prefer the rigid refrains and exacting measures of Chaucer’s definition.
What Are Tips for Writing a Madrigal? It’s hard to know where to even start with this one.
Are you going to try to stay faithful to the Italian songs, the scholarly approach taken by Chaucer, or Drummond’s newer but still centuries-old interpretation?
Or perhaps you’re going to make your own rules for the madrigal, since that may arguably be the truest interpretation of the form at this point.
In any case, I do think it’s important to understand and respect the legacy that the madrigal comes.
While the form resists a concrete one-size-fits-all definition, it does have a story.
It’s the story of a choral song form that evolved from Italy into formalized love poems.
A story that transcended borders and structures to always turn into something different wherever it emerged.
Primarily about love, but not always.
A proper madrigal should be written by someone who is willing to go back through the archives of history and find examples of where and what the madrigal was at various points in time.
You can just choose a set of rules established by a famous poet and roll with it.
No one would blame you for that.
However, I would argue that the best madrigal hasn’t been written yet.
It’s waiting for someone to study its roots, its journey, and its variants until they’re comfortable with inventing their own form that captures everything it’s been in some small way.
This is a form for a history lover, and I personally feel that it’s still out there, looking for one true master to shape it once more.
Poet’s Note

Rarely do I run across a form that has so little interest in settling down.
One moment it’s a song, then it’s like a short villanelle, and then it becomes a more loosely formal love poem.
All while claiming to have one definition by virtue of having its own name associated with it.
The question of “What is a madrigal?” has yet to actually reach its epic conclusion, and maybe it never will.
What Are the Most Important Types of Poems?