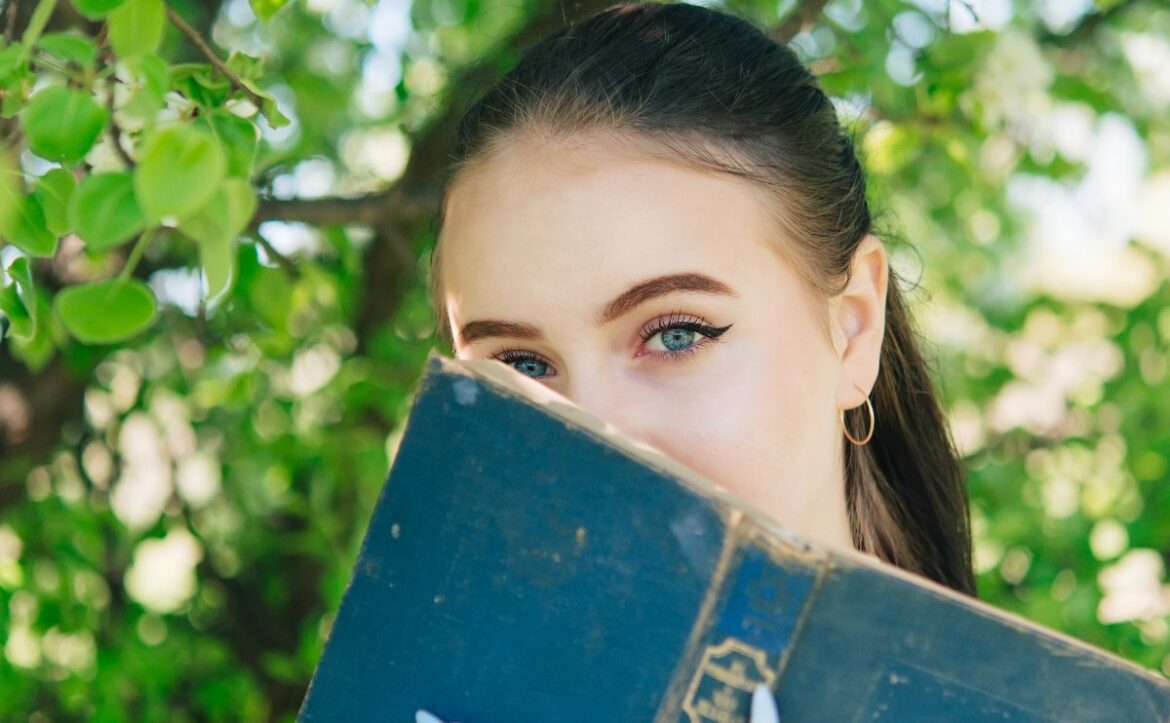 Here’s what the magic 9 poem type is:
The magic 9 poem is a simple nine-line poem with a rhyme scheme of ABACADABA.
It has no other rules or regulations.
The rhyme scheme is deceptively easy to remember since it is literally just the word “Abracadabra” with the r’s removed
If you want to learn all about magic 9 poems, then you’ve come to the right place.
Let’s get right to it!

What Is the Magic 9? The magic 9 poem is, as its name would suggest, a nine-line poem.
The poem has literally no rules other than its rhyme scheme, ABACADABA.
The name of the poem is likely an allusion to the old tradition of nine being a ‘magic number.’
While the rumor goes that the poem sprung up from a simple typo of the word “Abracadabra” and a spark of inspiration, it’s hard to figure out why the form spreads so quickly.
It seemingly appeared out of nowhere, as if by magic.
The form has been credited to Divena Collins, though I could not find the first magic 9 ever written, nor her first mention of the poem.
What Are the Basic Properties of the Magic 9? Rhyme StructureStrictMeterOptionalOriginDivena Collins; United KingdomPopularityFairly popular for a modern formThemeVaries
How Is the Magic 9 Structured? While it’s almost moot to try to devote a whole section to one rule, let’s try anyway.
The poem always has exactly nine lines with a simple rhyme scheme of ABACADABA.
While this puts a great deal of pressure on the first end sound, which will be repeated five times, all of the other lines are easy, with the most repetitions otherwise being ‘B’ at only two uses.
This rhyme scheme notably puts a little more emphasis on the beginning and end of the poem, but in practice, the reader will hardly notice anything other than the constant repetition of the first end sound.
It just keeps coming back.
There is no definitive length or meter for each line.
While the poet is encouraged to keep the lengths roughly similar, there’s no rule stating they need to be isosyllabic.
You could go so far as to make your own rules to follow just for fun.
What Is an Example of a Magic 9? Pull a rabbit out of your hat
and take the stage
to inspire others wherever you’re at
with a hearty bow
because you’re always up to bat
in the act of life
so wipe your feet on its welcome mat
turning a new page
if you could just at least do that.
The rather nonsensical poem above is one example of how to approach the Magic 9.
In this example, I took advantage of the expected rhyme scheme by making each line that ends with an ‘A’ sound noticeably longer than its nearest neighbors.
Absurd jumpy poems like this one tend to work well since it’s easier to pull off five rhymes in a row if you throw away any narrative expectations.
It is entirely possible to write an emotionally gripping and tense magic 9 but keeping it silly feels more in the spirit of the form.
Peering at the devastation
that was left behind
by the merciless annihilation
of the deforesters
as if to mock all of creation
by removing it at the roots
yet it is with hesitation
and a desire to be kind
that I still offer condemnation.
This second example is quite a bit less silly and fun.
Common suffixes like ‘-ation’ leave a lot of room to work with since there are literally dozens of words with this ending to choose from.
This makes it easier to achieve a semblance of narrative as the poem progresses since you’re not shoehorned into one specific set of words.
What Are Tips for Writing a Magic 9 Poem? This one is honestly more of a ‘for fun’ exercise than some hard-boiled traditional challenge.
While you should be careful of the first end sound you choose, because it will determine the end of four other lines, there are no other major hurdles to overcome.
The poem’s rhyme scheme stands out more if there’s roughly an equal number of syllables between each instance of the first end sound.
However, that’s certainly not a hard-set requirement.
Poets are encouraged to explore this poem freely.
If you have trouble remembering the rhyme scheme, just remember that it’s the word “Abracadabra” with both r’s removed.
You only really need to concern yourself with the positions of ‘A’ and ‘B’ since the other two lines are just unrhymed.
Poet’s Note

There isn’t much to say about this one.
It’s a poem.
It has rhymes.
They look vaguely like a popular nonsense word.
That honestly describes the whole thing.
What Are the Most Important Types of Poems?