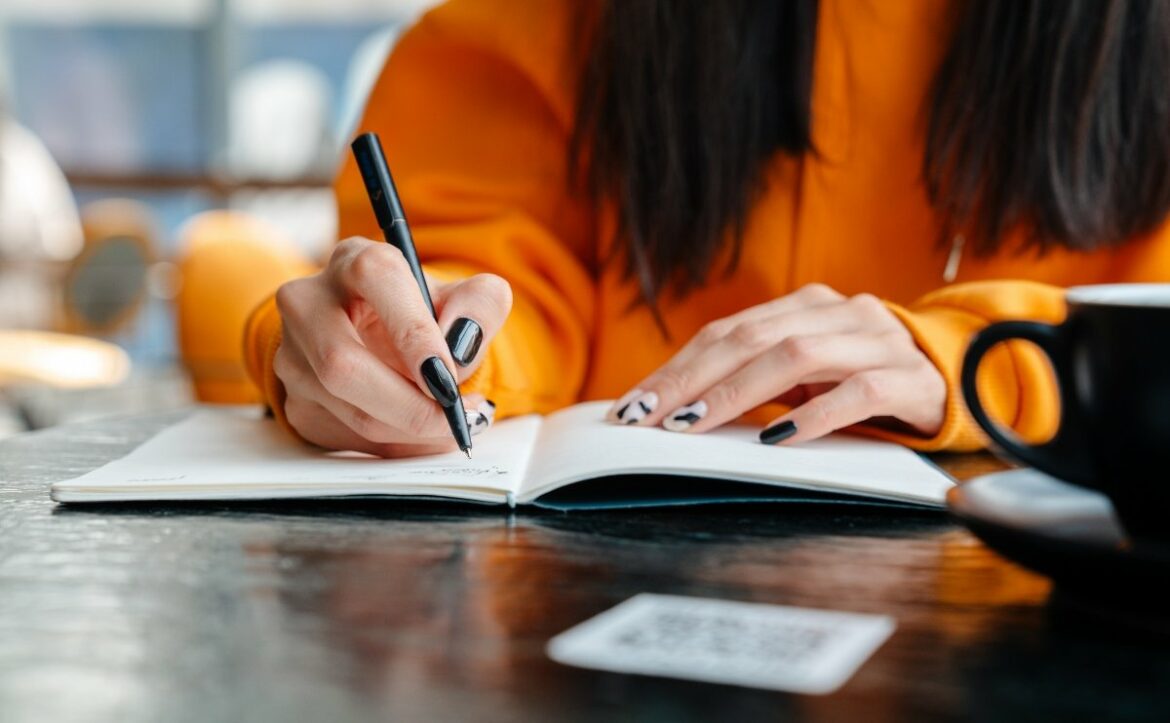 Here’s what the minute poem type is:
The minute poem, whose creation is credited to the late Verna Lee Hinegardner, is a poem of exactly 60 syllables, each representing one second of a minute.
While the poem is quite short it does demand an understanding of rhyme schemes and meter, so it can still present a significant challenge to newcomers.
If you want to learn all about minute poems, then you’ve come to the right place.
Let’s jump right in!

What Is the Minute Poem Type? The minute poem has a total of 60 syllables, one for each second in a minute.
Despite the cutesy sound, it’s actually a fairly demanding form consisting of rhymed iambic meter.
Most of the lines are four syllables each, but the first line of each stanza is twice as long as the others.
The minute poem’s creation has been attributed to Verna Lee Hinegardner, who was the poet laureate of Arkansas from 1991 to 2003 after being appointed by then-governor Bill Clinton.
She passed away on October 4, 2012, having lived to the age of 93.
What Are the Basic Properties of the Minute Poem? Rhyme StructureStrictMeterIambicOriginArkansas, Verna Lee HinegardnerPopularityHas an unusually wide reach despite being a very new form.ThemeVaries
How Is the Minute Poem Structured? The minute poem is divided up into three quatrains, each having a total of 20 syllables.
They are broken up into a unique 8/4/4/4 structure, giving the first line of each verse priority over the others in terms of length.
The lines fit into an AABB CCDD EEFF rhyme scheme.
The rhymed couplets retain a snappy rhythm that keeps the reader’s attention until the poem is finished.
The poem is invariably iambic.
As a refresher, the iambic foot is a type of meter in which the first syllable is unstressed while the second is stressed.
This means the lines always start out ‘weak’ and end ‘strong.’
The top-heavy first line of each verse gives the writer some space to set up the rest of the stanza, but it also stands out like a sore thumb among its brethren.
Pairing its end sound with the second line makes its length obvious even when spoken.
Despite its structural complexity, most writers strive to make the minute poem feel simple when read out loud.
It’s a poem that only has a minute to make an impact if we assume that each syllable takes one second to speak.
Thankfully there is no penalty for reciting the poem too slowly or quickly.
While the poem is based on a minute, no one expects the speaker to be that incredibly punctual.
What Is an Example of a Minute Poem? Snow and LeavesThe soft unending snow here lasts
and falls so fast
upon the ground
without a sound.It brings to mind the humble fall
of leaves that call
from Autumn’s time,
supreme, sublime.Unlike those leaves of vibrant hues
the snow will choose
to leave no trace
upon this place.
The above poem is an example of a minute poem.
While the rhyme scheme and meter may sound taxing, the actual poem itself is very short.
This ultimately keeps the difficulty in check, so I’d rate the challenge level of this poem as intermediate at worst.
For reference, the typical sonnet is 140 syllables, so despite the minute poem having almost as many lines, it’s less than half the length because of all the short lines.
These short lines are a double-edged sword when writing, but they do punctuate the poem with a nice beat.
What Are Tips for Writing a Minute Poem? It is imperative that you choose relatively easy rhymes and keep your words short.
The extreme brevity of the four-syllable lines will actually be the biggest hurdle of the poem.
If you were thinking shorter means easier, then you’ve clearly never written in rhyme.
The first line of each stanza is important since it gives you some extra space to set up the end sound and narrative space of the verse.
Take as much advantage of the longer lines as possible, since you’ll spend most of the poem chasing the next sound.
Choosing simple monosyllabic words that have numerous rhymes will help immensely here.
Not all of your endings need to be monosyllabic, but you’ll find yourself heavily relying on one and two-syllable words because of the shorter lines.
Iambic meter is the most natural meter for English speakers and writers, so it will be less stressful than you would expect.
You just need to practice writing in it for a while.
You’ll eventually get a feel for what types of syllables are and are not stressed if you keep at it.
Keep the shortness of the overall poem in mind when choosing your theme.
You generally won’t have enough time to introduce a lot of new elements to the poem, so you’re going to need a central concept that unites the poem well.
Poet’s Note

Thank goodness the minute poem is so short.
While the requirements really aren’t any crazier than what you’d expect from a sonnet and much, much easier than what a villanelle mandates, there’s always an air of pressure when it comes to metered rhyme.
What Are the Most Important Types of Poems?