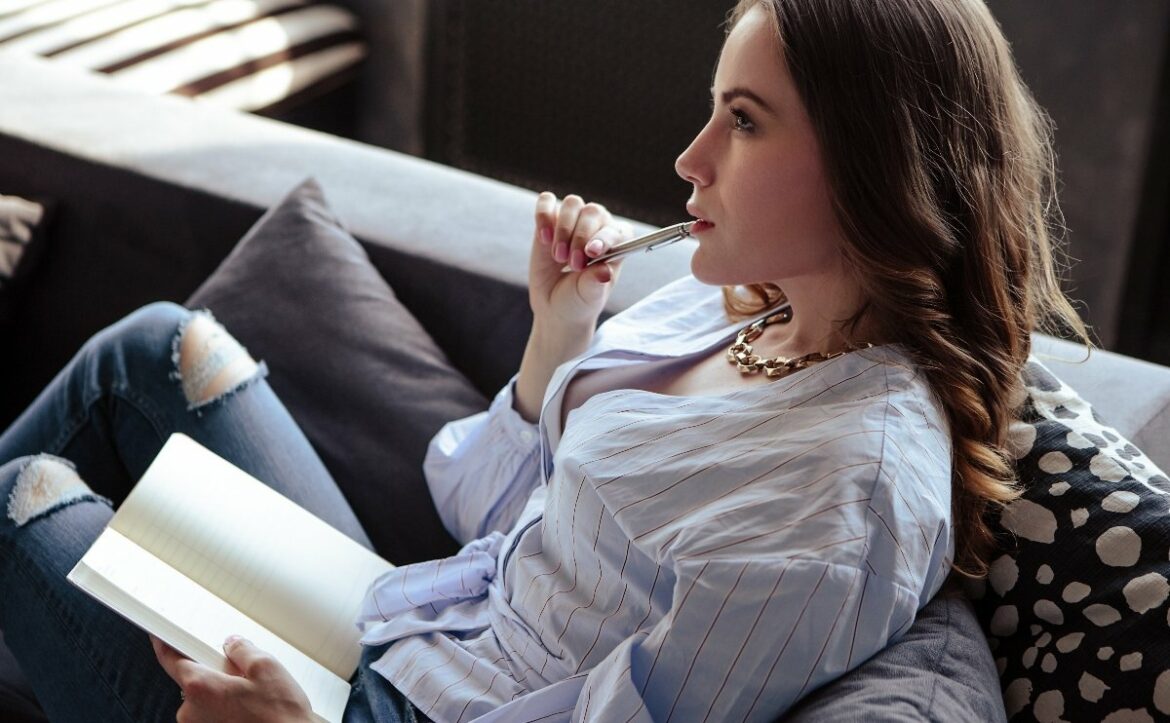 What Is the Mistress Bradstreet Stanza? The Mistress Bradstreet Stanza, which I’ll henceforth be referring to as “The MBS” to protect my fingers, is an octave (eight line stanza) featuring an abcbddba rhyme scheme.
The lines have stress counts of 5/5/3/4/5/5/3/6, meaning there will be five stressed syllables on the first line, five on the second, and so on.
In practice, this usually means that the lines will have syllable counts of 10/10/6/8/10/10/6/12, since English poetry heavily favors disyllabic meters.
The penultimate rhyme sound can be ‘c’ instead of ‘b’ occasionally.
Other than that, the MBS has no more specific restrictions.
There are no refrains, no limit to the number of octaves per poem, and no specific techniques expected in the poem beyond rhyme scheme and beat.
In fact, the first poem ever written in the form had a whopping 57 verses. A 456-line poem is a fairly extreme way to introduce a new structure, but there we have it.
What Is an Example of a Mistress Bradstreet Stanza? from Homage to Mistress BradstreetThe Governor your husband lived so long
moved you not, restless, waiting for him? Still,
you were a patient woman.
I seem to see you pause here still:
Sylvester, Quarles, in moments odd you pored
before a fire at, bright eyes on the Lord,
all the children still.
‘Simon …’ Simon will listen while you read a Song.John Berryman
What better example than the original poem?
As you can see, the verses end up having an unusual asymmetry to them, especially apparent on the shortest lines.
Take note that while Berryman rhymes “still” with itself…twice, you don’t need to repeat end words, and probably shouldn’t since modern poets tend to frown on rhyming a word with itself.
The form reminds me of the passing of the many, many Celtic forms that I’ve studied for this series, though it’s definitely far less technical.
This makes sense when you think about it since Berryman’s favorite poet was an Irishman.
While the MBS can be extremely long, if you so choose, you only really need to understand the structure of one octave to have some idea of how to approach the rest of the poem.
They might flow into each other in enjambment from time to time, but structurally each stanza is an independent entity that need not carry over rhyme sounds from one to the next.
What Are Tips for Writing a Mistress Bradstreet Stanza? While the MBS doesn’t necessarily demand a specific meter, I tend to choose one to stick with anyway.
Iambic feels the most natural, while trochaic can be a nice change of pace.
By writing in meter, you alleviate the annoyance of counting your stresses on each line manually and can instead just treat the lines as having specific syllable counts, written in your chosen meter.
You’ll find that disyllabic words lend themselves especially well to the form since there will typically be one stressed and one unstressed syllable in the word.
That’s not to say that you shouldn’t employ a smattering of longer and shorter words, but when you start chiseling at the lines in editing you’ll often find yourself looking for two-syllable adverbs and adjectives to smooth out the wrinkles.
The rhyme scheme is just awkward enough to not really lend itself to memory, so it would be best to keep the sequence written nearby somewhere.
The ending, in particular, feels strange at first since it jumps back to the first few end sounds with unusual timing.
The form itself isn’t exactly ‘hard’ so much as it is ‘unusual.’
It came about from a very formative time in poetry’s history when some poets were writing forms inspired by the formal poetry of the past while others were setting the groundwork for the more unrestrained poetry of the modern era.
Poet’s Note

I don’t love the Mistress Bradstreet Stanza, but I don’t hate it.
It’s easy to see at a glance why it’s sometimes but only sometimes talked about.
Interesting name, and competent form, but nothing about it really stands out against the backdrop of a thousand other options for poets to turn to.
What Are the Most Important Types of Poems?