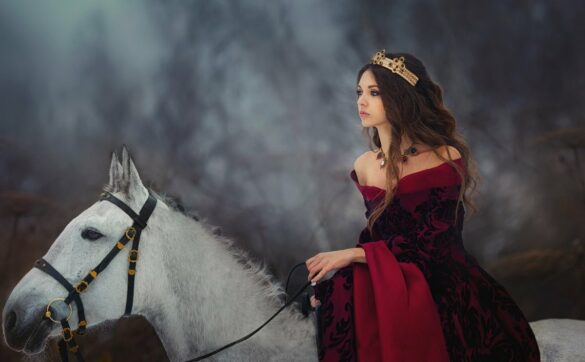 Here’s what the ottava rima poem type is:
Ottava rima is an Italian verse form comprised of octaves that use ten or eleven syllables per line. (Originally eleven, then reimagined as ten in English.)
The form has been predominantly used for epic poetry and has a simple rhyme scheme that lends itself well to being expanded out into longer poems.
If you want to learn all about ottava rima poems, then you’ve come to the right place.
Let’s dive deeper into it!

What Is the Ottava Rima? The ottava rima is a rhymed octave form that hails from Italy.
It’s similar to the Sicilian octave, but the two forms actually appeared independently and don’t appear to have any relation to each other.
Both went on to play a part in the development of other forms, such as the sonnet, the strambotto, and the canzone.
Poems written in ottava rima can be any number of octaves and are, in fact, more prone to being dozens or hundreds of octaves than they are to being short poems.
This is because the form has a lengthy history of being used for epic poetry.
What Are the Basic Properties of the Ottava Rima? Rhyme StructureStrictMeterIambic (when in English)Origin14th century ItalyPopularityHistorically significant but uncommon in the modern eraThemeTypically epics; may be heroic or mock-heroic depending on the writer, time period, and region
What Is the History of the Ottava Rima? This form was originally used in long poems on heroic themes, and its oldest known practitioner is Giovanni Boccaccio, in the 1300s.
He used the form in quite a few of his works, but most notably in the Teseide and the Filostrato, two of his most influential works.
These poems are credited as being the works that cemented the ottava rima as the primary vehicle for epics in Italy for a few centuries afterward.
It was predominantly used in serious and ambitious epic poems at this point in history, with many classic works being translated into ottava rima for the contemporary audience.
The form’s transition to English seems to have happened around the Elizabethan era but it was in English where the form would eventually become something very different.
Around the 1800s the form started to see a shift toward mock-heroic works instead of serious epics, with the peak of this phenomenon being the wildly successful Don Juan, likely the most well-known English poem ever written in the form.
While ottava rima has never lost its narrative elements, the gradual shift toward less serious works has been one of the more interesting facets of the form’s evolution over time.
Admittedly, this is a pretty mild transformation compared to some other forms out there, though.
How Is the Ottava Rima Structured? In English, ottava rima is normally written in Iambic pentameter with a rhyme scheme of abababcc.
The original form actually had eleven syllables per line, but the form’s migration to English came with the usual “Iambic tax” that every form has to pay just for passing through the rigid British writers who butchered half of Europe’s poetic structures by obsessively converting everything they touched to Iambic pentameter.
Artistic grudges aside, the form is remarkably simple in its execution.
Alternating rhyme and couplets both come very naturally when writing, which really does lend this poem to longer works since professional poets can keep up a rhyme scheme like this indefinitely.
The couplet invites every verse of ottava rima to end on some engaging thought or moment, though this naturally isn’t a hard requirement.
Iambic pentameter, while overused, is definitely one of the easiest meters to work with in English, if not the easiest, so it ends up not putting much strain on the form.
The two features that may intimidate an aspiring writer are the expected length, since ottava rima begs to be used in long gripping narratives, and the tripled sounds ‘a’ and ‘b’ in each verse.
It’s significantly easier to rhyme three times in Italian than it is in English, so that can potentially put newer writers off the form.
Take note that the rhyme scheme is self-contained within each verse, so the next verse can have a completely different set of rhymes than the previous one. (And probably should.)
What Is an Example of the Ottava Rima? His voice came out like thunder’s noble roar,
his hair a mess of fire and wire and wax.
Respect? His presence asked for so much more,
and left us all unable to relax.
His eyes could shake a mountain to its core,
or freeze a tiger in its shaky tracks.
I knew at once that he was now our king,
and felt in me a sharp and daunting sting.
The above verse uses some of the typical elements expected of epic poetry.
Larger-than-life characters, extreme exaggerations using hyperbole and metaphor, and of course, there has to be some sort of mention of royalty somewhere in the story to really sell the scope of the narrative.
Your own poems might employ some or none of these features.
If you’d rather use ottava rima to write a parody or a sprawling space opera, go for it.
This is just an example.
Naturally, this is only an example of one verse and normally the poem would continue on for many, many pages and chapters until the narrative reaches a satisfying conclusion.
The couplet at the end of each verse will be deceptively difficult since there’s less space between the two rhymes to set up a connection, but the ten syllables allotted by the most common English structure for ottava rima are sufficient to pull it off.
It’s really doing it consecutively that’s the hard part.
What Are Tips for Writing an Ottava Rima? Despite the form’s history you shouldn’t feel forced to stick to the epic themes and lengths if you don’t want to.
It’s perfectly acceptable to grab the rhyme scheme and meter just to write a quick eight-liner, so don’t let the traditions of the form intimidate you.
Regardless of how you approach the form, I do recommend getting a feel for the difference between words that are easy and hard to rhyme with.
Short words and words that end in vowels (including ‘y’) tend to be easier to rhyme with, but you’ll find that most words can be rhymed three times if you’re willing to push yourself a bit.
The ones to look out for are words with uncommon suffixes or no suffixes at all, the classic example of a hard-to-rhyme word being “orange.”
Take each verse one at a time and this shouldn’t stress you out too much but also be wary of words that don’t work together with their rhymes very well.
As an example, zipper and dipper definitely rhyme but trying to use both puts you in an awkward position since they’re both unusually specific words tied to concrete images.
More versatile words with plentiful rhymes, like light and sky, leave more options open to you.
Poet’s Note

I do not recommend epic poetry to beginners, but just writing one or two verses of ottava rima can be a good warm-up for your first forays into formal verse.
Also, I can’t read ‘Boccaccio’ without thinking that it sounds like a drink at Starbucks.
Do you think they’d know what to make if I went in and asked for a Giovanni Boccaccio?
With four pumps of ottava rima, naturally.
What Are the Most Important Types of Poems?