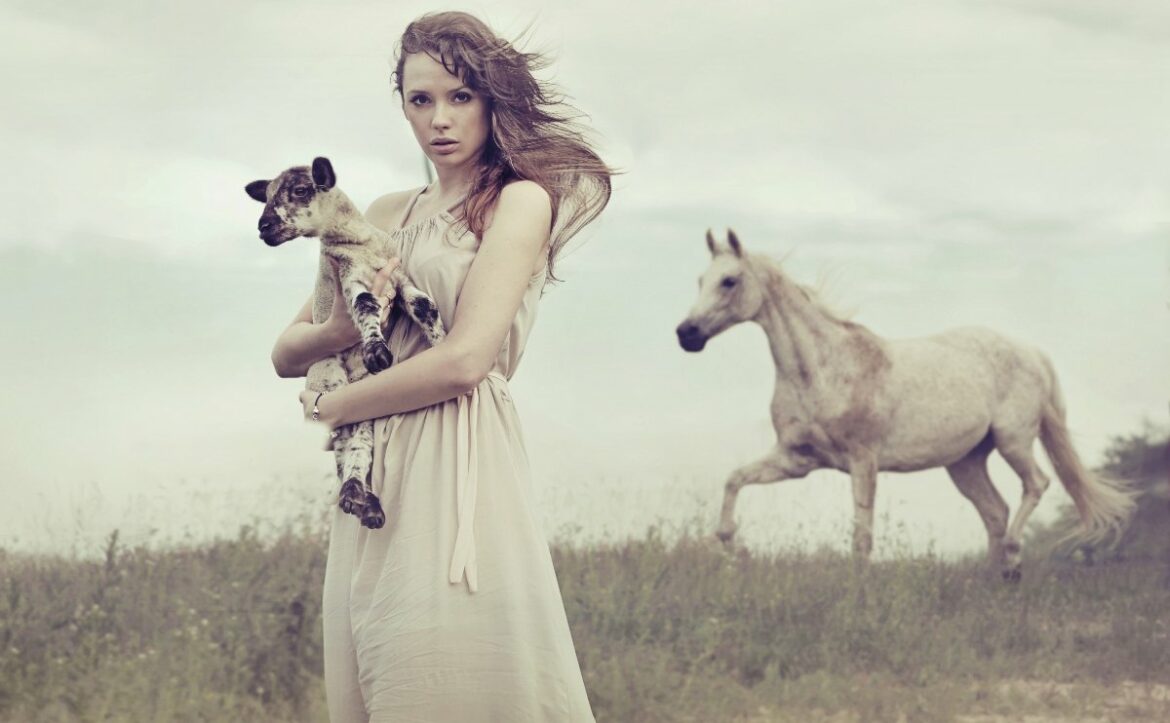 Here’s what the qasida poem type is:
The qasida, in its original form, was similar to a Greek ode.
It was a three-part poem with narrative elements meant to be sung aloud, which usually touched on praise, glory, loss, or other popular themes of the time.
The modern-day qasida retains some elements but is less unified in its design.
If you want to learn all about qasida poems, then you’ve come to the right place.
Let’s get to it!

What Is the Qasida? The qasida (or kasida) is a type of narrative poem from the Middle East, with ancient origins.
It dates all the way back to pre-Islamic Arabia and was originally sung aloud.
The modern form is made up of couplets called shers and can be quite long, sometimes reaching a few hundred lines.
Qasidas developed into courtly poems, and while they have branched out into multiple topics they remained common as praise poems or odes, usually meant to glorify the patron.
The form is still used in the modern day to some extent, but the shorter ghazal, a descendant of the qasida, is significantly more popular than the original.
What Are the Basic Properties of the Qasida? The couplets or shers that a qasida is comprised of are independent units of the poem, so the poem is typically expected to be a series of complete thoughts.
This can sometimes lead to a single poem that touches on multiple themes, but there will usually be some common thread or topic that ties it all together.
While meter is optional, the lines themselves will typically be isosyllabic (of the same length in syllables).
One unusual quirk about the qasida is that there’s actually some disagreement as to how the rhyme scheme should be handled.
Some argue that the entire poem should be mono-rhymed (aa aa aa) but this is unbelievably difficult to do in English, since our lexicon is so unique and varied compared to many other languages.
An alternate rhyme scheme is aa bb cc dd, but this is also a bit contentious.
Instead the most common suggested form has a running rhyme of aa xa xa xa, etc, where ‘x’ represents an unrhymed syllable.
While this is still fairly demanding, and does limit the length we can achieve in English variants without falling into repetition, it is more forgiving than the mono-rhymed variant, at least.
Qasidas were originally divided up into set numbers of verses, usually three parts, which could be one or more couplets long, but this standard is largely ignored in the modern day.
The ancient qasida and modern qasida are different enough to be considered different forms, in all honestly, but no separate term has ever emerged to divide the two.
The pre-Islamic qasida was a beast of a poem, similar in many ways to a Greek ode, with its three sections and uses of telescopic metaphors. The word choices were completely unlike how we write poetry today and most modern qasidas bear little to no resemblance to the original form.
The three parts of the original poem were a nostalgic or reflective opening, the main body, and the message (usually praise of one tribe or ruler, satire of another, etc.).
Newer qasidas tend to dismiss the last section, so the poem ends up being dominated by the journey/narrative.
What really sets the qasida apart, regardless of structure, is the theming.
Qasidas emerged from the eras that gave us other long narrative poems, like the infamous epic poem, and follow suit in their emphasis on narrative.
It’s not uncommon for a qasida to be about a tale of loss, a journey, or an extended invocation of honor.
One way to comprehend the qasida, although it’s not quite accurate, is to think of it as a shorter epic written in couplets.
It’s a bit funny when you think about it since narrative poetry in English eventually came full circle and evolved into couplets itself, thanks to poets like Chaucer championing the heroic couplet.
What Is an Example of a Qasida? First I should clarify that this is NOT an accurate representation of the ancient qasida.
This is just my own interpretation of the qasida form.
Due to the extreme differences from era to era, and continued inconsistencies in translations and interpretations, it’s hard for anyone to pin down exactly what a qasida should be.
He thought back on her lovely face,
always bringing a sense of grace.
Now suddenly no one was there.
What wife could ever take her place?
He knew at once where she had gone
so he vanished without a trace.
His men would come to know someday
that he’d already given chase.For the villains who stole his love
we sing brief songs of dark disgrace,
but surely soon he’ll know her touch
and live again in her embrace.
His horse leaves thunder where it steps
setting a bold and vicious pace.
His sword flashes like lightning’s wrath
as he falls upon the bandit base.
Scarcely a soul is left to grieve,
their sanctum broken and debased.Those weak fools who invoked vengeance
surely had their flimsy faiths misplaced.
Our prince does not hold mercy high,
passing judgement from case to case.
This time the price was extinction
for setting swiftly his rage apace.
Think well before you anger us,
or to you next he’ll gladly race.
The above poem utilizes the aa xa xa structure mentioned earlier.
The poem is divided up into three sections which are loosely meant to mirror the original tripart form.
While a qasida’s length is flexible, in practice you’ll find most qasidas to be at least 20+ lines in order to set up some sense of narrative.
This particular poem uses octasyllabic lines.
What Are Tips for Writing a Qasida? The reality is that we don’t have clear manuals from around the time the qasida came into being.
It emerged at a time when most poetic traditions were still being passed down by word of mouth, and as such there was no convenient analogue to our modern-day scholars writing everything down for future generations.
Most of what we know about the form, at least in the western world, comes from the obsessive study of those examples that survived the ages.
It’s possible that there’s one humble family out there in areas that were once Persia who have been dutifully and quietly passing down the original rules for the form for generations, but even if they emerged it would be impossible to prove their claims.
So it is that the form lives on more in our imaginations and in a vague sense of mystery than in any guide, though we do our best to capture it anyway.
It only becomes further polluted as time goes on, becoming entangled with other forms we’re more familiar with.
If you will write a qasida, try to capture a sense of what the form would have been.
Couplets, certainly, and sectional writing. Those elements are at least fairly consistent.
Isosyllabic lines, ideally. But most importantly, think about what the concerns of the time were. Enemy rulers imposing their will upon your lands and people.
Wars between tribes and the constant aftermath of those wars.
Superstitions that stood in for many of our modern sciences as the only explanations people had.
Think as the ancients did and write a journey that could have taken place long, long ago.
It probably won’t be perfect and that’s fine.
Poem forms live on because we try to scratch away at the essence of the form’s intent, even long after its structural elements have become abstract or obscured.
The only way the qasida will ever truly die is if people stop using the word itself.
Poet’s Note

Truth be told, I hate writing in forms that don’t have clear and blatantly expressable rules.
I could feel myself taking psychic damage while I wrote the example, wondering what rhyme scheme or meter is most likely to have been the true original.
But I think this really comes down more to an insatiable curiosity than anything else since the people most qualified to answer my questions have long since become dust in the wind.
What Are the Most Important Types of Poems?