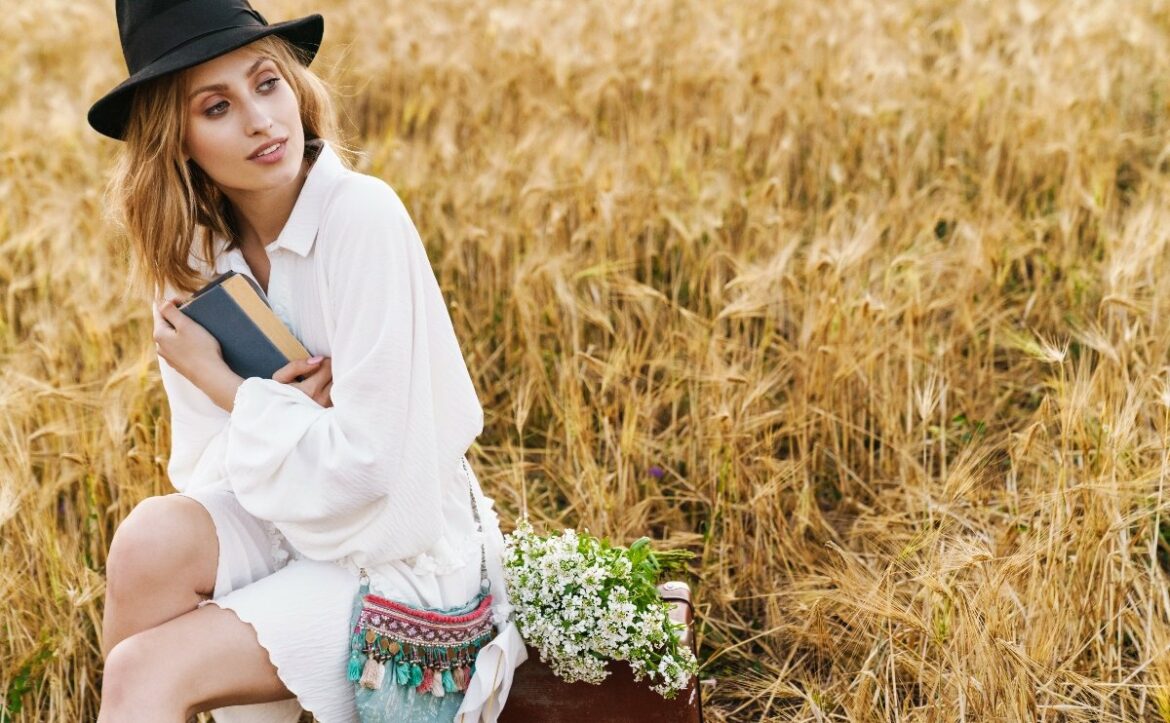 Here’s what the quatern poem type is:
The quatern is a short quaternion (a poem divided into four parts) that employs a refrain that switches positions between each verse.
The quatern is sixteen lines, cut up into quatrains that are each comprised of eight-syllable lines.
If you want to learn all about quatern poems, then you’ve come to the right place.
Let’s get to it!

What Is the Quatern? The quatern is a short form reminiscent of the villanelle.
While it does not feature a strict rhyme scheme, it does have the same obsession with refrains.
Depending on your leaning, this may be the reason you love or hate the form, as poets tend to have rather passionate opinions about refrains.
I usually hate them, but the quatern pulls them off nicely.
Quaterns are included in the term ‘quaternion’ which are essentially just poems divided up into four parts.
In this case, we have one of the simplest examples imaginable, a poem with four quatrains.
The structure itself is incredibly common, but it doesn’t count as a quatern without the refrains.
Unlike the villanelle, it’s actually not all that challenging.
The only structural expectation other than the refrains is that the poem is written entirely in octasyllabic lines.
The simple fact that there is no need to use iambic pentameter (Do I hear angels singing?) and no mandatory need to employ rhyme of any kind makes the form surprisingly easy.
Note, however, that while rhyme is optional it is often used anyway.
What Are the Basic Properties of the Quatern? The form has four stanzas of four lines each, for starters. Every line is exactly eight lines.
This is actually a fairly natural middle point that writers may find themselves gravitating toward anyway, so while these are technically strict requirements they don’t feel strict in practice if that makes any sense.
The refrain appears in the first line of the first stanza, the second line of the second, the third of the third, and fourth of the fourth.
This makes the form remarkably easy to remember since the refrain’s placement in each stanza mirrors the number of the stanza itself.
While this is normally the place where I’d lament about how England adds iambic meter to everything or guide you on the expected rhyme scheme, the description actually falls just short of these complexities.
A quatern is only really concerned with its length, syllable counts, and refrain.
There are no other set-in-stone rules, though rhyme is fairly common.
This makes the form a wonderful exercise for beginners who are only just starting to wet their feet in formal poetry.
Compared with more heavily codified forms like the sonnet and the villanelle, a quatern is like a breath of fresh air for poets who may feel that those loftier forms are too confined or suffocating.
What Is an Example of a Quatern? 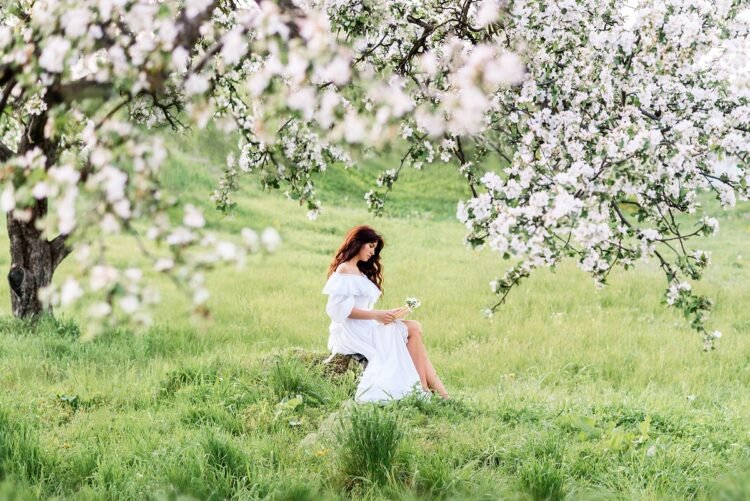 A simple tree out in the wood
seems to have fallen flat again.
I wonder why it did collapse,
and look upon it, now and then.The mystery remains intact.
A simple tree out in the wood.
Now just a log upon its side,
well and truly fallen for good.It was not lightning. This I know.
For the bark is unmarred and light.
A simple tree out in the wood
that simply does not stand upright.It does not bother me too much,
though perhaps it really should,
for what creature could knock aside
a simple tree out in the wood?
The above quatern lightly touches on the mystery of a fallen log, seemingly too pristine to have fallen in a storm.
The form lends itself well to whimsical little jaunts like this since there really isn’t enough space for a lengthy and in-depth narrative.
In this case, I did opt for an xAxA internal structure for each verse, but keep in mind that you’re free to choose whatever rhyme scheme meets your fancy.
Or you can forego it entirely if you so desire.
Just remember that it’s a 4×4 poem with 8 syllables per line.
The positioning of the refrain will come naturally after just one or two attempts.
One thing to note is that most quaterns will choose a refrain that has some flexibility to its meaning.
The quatern above is unusual in that “a simple tree” is a very clear, concrete image, fallen or otherwise.
As such, there are a limited number of ways to use it in a verse, but the quatern is so short that even rigid lines like this one can work.
They’re just trickier to work with.
What Are Tips for Writing a Quatern? 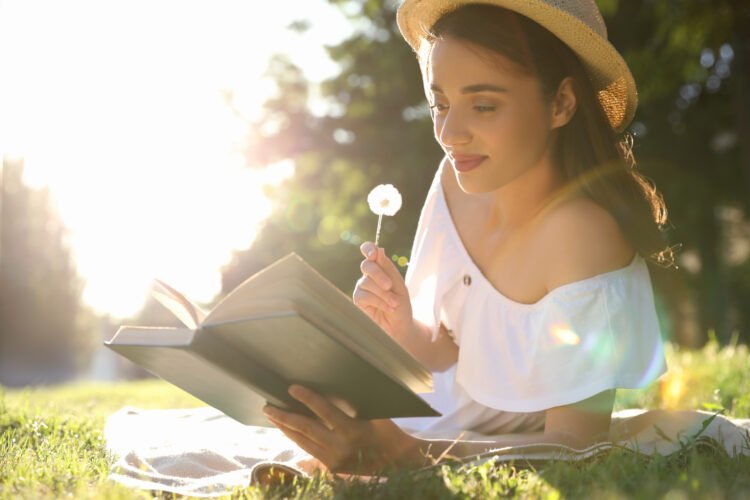 As hinted at above, many quaterns opt for a more flexible refrain whose usage can change throughout the poem.
One way to achieve this is to have the refrain be a dependent clause.
Because of her, that sweet temptress,
my days feel long, craving her touch.
Each one dragging more than the last,
tearing me and breaking me fast.I grin all day, from ear to ear,
because of her, that sweet temptress.
Here we have the first six lines of a completely different quatern.
Note how the refrain can be used either as the first or second part of a sentence and can take on different connotations depending on what independent clause it’s paired with.
There are, of course, other ways to give a refrain flexibility in its usage and meaning, but this little shortcut is the simplest.
The refrain will usually represent the common thread of the poem, so it’s important that the lines surrounding it move that thread along, even if it’s only by a few inches per verse.
This might mean gradually opening a perspective, lightly pushing a micro-narrative, or revealing something new in each verse.
In any case, try not to have any of your stanzas sound too redundant or stagnant.
A good quatern makes itself known by affording momentum to a form that, on the surface, shouldn’t have any.
It is using up a solid fourth of its runtime to repeat itself, so themes of obsession and paranoia tend to work especially well, since they’re mindsets in which a cycling thought just works.
Compared to its many formal brethren, the quatern is what I would comfortably call a beginner-friendly form.
That does not mean that it is inferior to its more stringent cohorts, by any means, but it does leave plenty of wiggle room for poets to really show off their own innate talents within a structured form.
Whether you treat it as practice for harder forms, or as a project you want to see through to perfection, quaterns are actually quite fun to write.
Poet’s Note

While I like the form, I don’t love the word “quatern.”
Not sure why. It just sounds like something you’d purchase discretely at a bar or nightclub, for some indescribable reason.
From someone wearing a trench coat.
And only a trench coat.
What Are the Most Important Types of Poems?