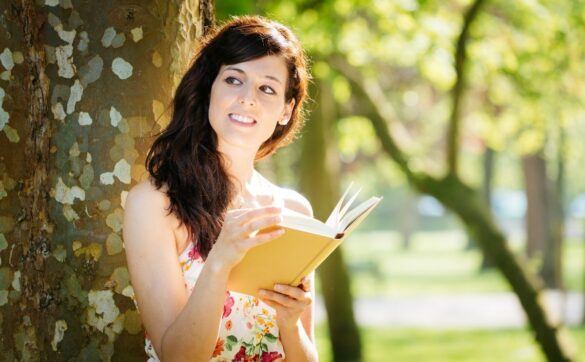 Here’s what the quintilla poem type is:
A quintilla is a five-line verse form with octosyllabic lines in which there are only two end sounds.
The poet is not allowed to have three consecutive rhymes nor to end the poem in a couplet, leaving only five viable options for the poem’s rhyme scheme.
The most common of these is ABAAB.
If you want to learn all about quintilla poems, then you’ve come to right place.
Let’s get right to it! The quintilla is an interesting Spanish verse form utilizing five octosyllabic lines.
It’s a remarkably simple form with only two end sounds per stanza but it manages to have a certain depth to it that mirrors and even surpasses more popular forms in certain ways.
The form ultimately only has a total of five permitted rhyme schemes, which we’ll get to shortly, due to a unique rule that no three consecutive lines may rhyme, nor may the stanza end in a couplet.
While the form itself is just a forty-syllable stanza, it’s entirely possible to chain multiple quintillas in one poem, as seen in the famous “Fiesta de toros en Madrid” by Nicolás Fernández de Moratín in the 18th century. (Lit. “Bullfighting party in Madrid.)
The quintilla became its own form, branching off from the redondilla, around the 16th century.
Its notoriety has mostly stayed within the Spanish-speaking world, despite the form’s restrictions translating very easily into other Western languages.
What Are the Basic Properties of the Quintilla? The quintilla is always a quintain (thus the name) with exactly eight syllables per line.
Due to the oddly specific rules mentioned previously, quintillas are limited exclusively to rhyme schemes of ABAAB, ABBAB, AABBA, ABABA, and ABBAB.
The most common is definitely the first, ABAAB, which isn’t surprising since many forms reminiscent of an ABAB rhyme scheme do tend to garner popularity with writers and readers alike.
A chain of quintillas can make up a poem, or the whole poem can just stop at five lines.
While I have seen claims that English quintillas should be in Iambic tetrameter, it wouldn’t surprise me if that was a misinterpretation of the original form.
English speakers tend to confuse poems with set syllable counts with poems of set meters, but the whole “stressed and unstressed syllables” concept is really a very English construct.
Meter certainly won’t hurt the poem in any way, though, so feel free to get metric if that’s your personal preference. It does match up well with the existing lengths, after all.
Generally speaking, the quintilla is not an intrinsically difficult form, which frees it up for a wide range of expressions and word choices.
Eight syllables per line is a very comfortable length to work with in both English and Spanish, allowing you a cozy buffer between each ending sound but without any need to drag on shorter thoughts.
What Is an Example of a Quintilla? The Troll’s CaveDeep in some dark forgotten cave
a troll slumbers upon his bed.
Those who visit had best behave
or else leave there without a head,
or at least a rather close shave.
The above quintilla, written purposely to sound like a witty little nursery rhyme, utilizes the ABABA rhyme scheme.
This is the only permitted variant of the quintilla that has no consecutive rhymes at all, so it can be especially fun to play around with.
Short poems are great for whimsy and fun, since they just lend themselves to that sort of thing so well naturally.
Just look at limericks, for example.
Of course, a quintilla is free to be significantly more ambitious and emotional if the poet so chooses.
His FootstepsHis footsteps sounded hard to me.
Hung his head while going away.
We both knew that the light of day
meant we two were no longer free.
I wondered what his wife would say. This quintilla takes on a much heavier, darker tone.
As readers, we understand that this is probably the morning after an affair, but a lot is left to the imagination.
He is implied to feel guilty, but does the speaker feel guilty?
Do they love each other, or did they get lost in the moment one night?
Is the speaker also married?
We’re left to ponder a thousand possible histories between these two people on the page, but the only thing definitively spelled out is that he’s walking away with his head hung low.
It’s not even clearly stated that this actually is the aftermath of an affair, only implied.
But for short forms like the quintilla, it’s often the parts that are not spoon-fed to us that linger in our minds.
What Are Tips for Writing a Quintilla? Keep the short length of the form in mind before you even begin.
If you’ll be sticking to a single quintilla, then your poem will ultimately only be a little over twice the length of a haiku.
While this does give you enough wiggle room to cover one thought in depth, it will require a certain level of concision that longer poems don’t typically demand.
This makes a single-verse quintilla a poor choice for a narrative poem, but an excellent choice for a quick display of wit or passion.
Try to choose bold verbs that carry a sense of momentum and emotive images that draw feelings out of the target audience innately.
Keeping to a motif can be a good idea for short poems.
Since you have limited space to work with, a set of images that chain together naturally makes the poem feel less like it’s “trying too hard” and more like it happened “organically.”
Seasons, as an example, have always been a popular motif for short poems but theming the poem’s images around a bedroom, a garden, a job title, et cetera can also work.
The idea of a motif is really to decide on your central image, such as “her rosy, red lips,” and then stick to images that emerge naturally within the same mindset, like “her lovely, thick hips.”
The only challenge the quintilla’s structure attempts to place before the poet is the rhyme scheme.
One of your end sounds will be repeated three times, so make sure you’re prepared for that from the first line.
This isn’t especially difficult but will require you to be on alert against problem words like ‘orange’ and ‘purple.’
All in all, the quintilla ends up feeling more like a crossbreed of free verse and formal poetry in a short, sweet package than a strict form.
Its mix of mild restrictions does just enough to spark creativity without being inhibitive to the poet’s impulses.
It’s a shame our schools aren’t teaching a few forms like this instead of going back to Shakespeare every semester of every year but c’est la vie.
Poet’s Note

The quintilla is a rare example of a form that feels like it was written to offer a basic structure instead of just being difficult for the sake of being difficult.
I wholeheartedly recommend this form to anyone who thinks they hate formal poetry, so that you can see what forms are supposed to do for your work, without any of the elitist influences that often hinder the tradition more than help it.
What Are the Most Important Types of Poems?