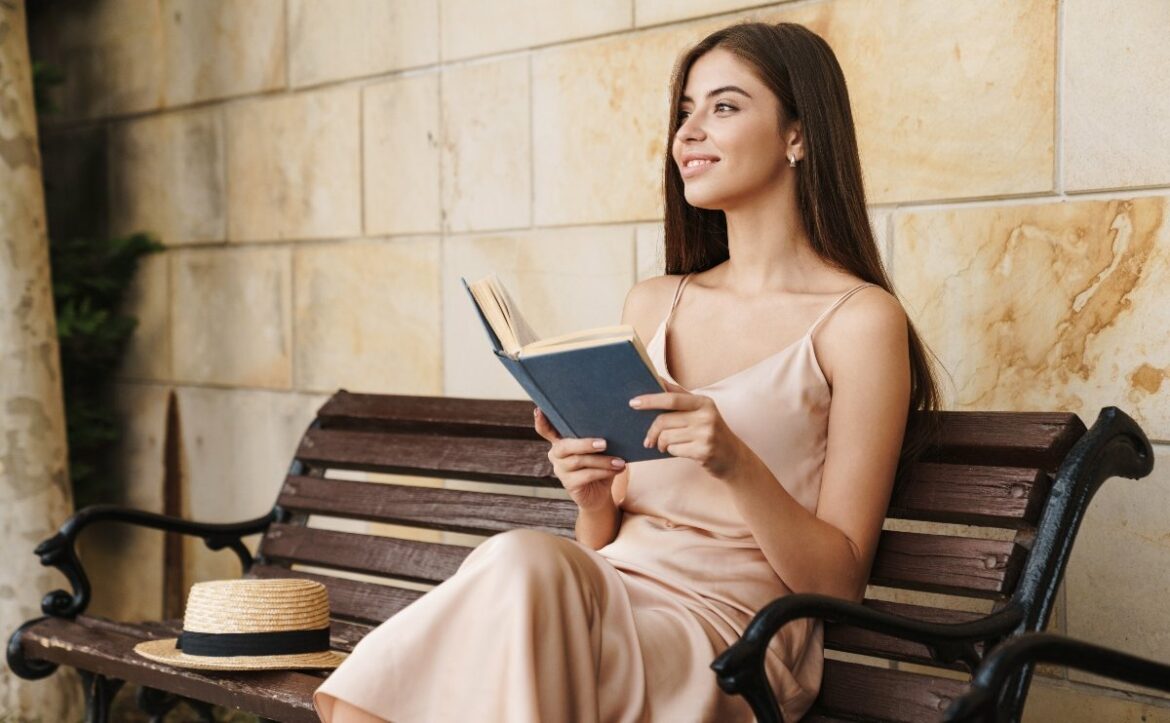 Here’s what the rimas dissolutas poem type is:
Rimas Dissolutas is a troubaderic verse form in which verses rhyme with each other instead of having the lines of each verse rhyme internally.
A poem in quatrains would have a rhyme scheme of ABCD ABCD, etc.
Lines can be of any length but are generally isosyllabic while verses can be any number of lines.
If you want to learn all about rimas dissolutas poems, then you’ve come to the right place.
Let’s jump into it!

What Is the Rimas Dissolutas? The rimas dissolutas (lit. “dissolved rhyme”) is a French verse form from the era of the troubadours in which each verse contains lines that rhyme with lines from the next verse instead of each other.
This makes the rhyme scheme uniquely subtle.
One interesting element of this style of poetry is that the first stanza determines the length and meter of all subsequent stanzas and lines, rather than them being predetermined by the form itself.
As a result, this form can be very long or very short.
What Are the Basic Properties of the Rimas Dissolutas? The most enduring element of the form is its odd rhyme scheme.
The first line of each verse corresponds to the first line of every other verse, the second, and so on.
This initially makes the poem appear unrhymed since there’s no internal rhyme within a single verse, so the poem needs a minimum of two stanzas for the format to work.
In other words, if the first verse has four lines, then the rhyme scheme will be ABCD ABCD ABCD etc.
If it has five lines, it will be ABCDE ABCDE, etc.
Aside from that, many other elements of the poem are determined by how the first verse is written.
The poem will be written entirely in quatrains if it’s a quatrain.
A sixain means the whole poem will be in sixains, etc.
Line length and meter is also determined this way.
All lines of a poem written in rimas dissolutas are expected to be isosyllabic (of the same number of syllables).
As is typical of old French forms, the meter is strictly syllabic.
Stresses are not usually counted, but English adaptations of the form may add a stress-based meter at their own discretion.
An envoi is sometimes used, which will typically be about half the length of previous verses and begin at the later end sounds in the verse, so the poem always ends with the last sound of the first verse.
So if the poem is in sixains, the envoi has a rhyme scheme of DEF, the latter half of the main rhyme scheme (ABCDEF).
What Is an Example of a Rimas Dissolutas? All the great world looks blue.
Perhaps because you left.
Still, I trek on ahead.It’s empty without you.
Life is barren, bereft.
I clutch the words you said.They seem so much more true
and carry such great heft,
now that you’re gone and dead.
The above poem is an example of rimas dissolutas written in tercets. In this particular case, every line is six syllables, aka hexasyllabic.
Shorter verses allow the rhyme scheme to stand out a bit more while longer ones allow it to fade a bit more into the background, so you should keep that in mind when designating the lengths for your poems.
The short lengths of this poem’s verses and lines give it a choppy almost incomplete feel, mimicking the tone of the poem through the structure.
While you can choose the lengths of a poem written in Rimas Dissolutas purely by preference, it is worth remembering that you can tune the effect of the poem by changing these two metrics.
I personally didn’t opt for a poem with an envoi, since they feel a bit dated to me, but you might prefer to add one in your writing if you like the old-school vibe.
What Are Tips for Writing a Rimas Dissolutas? One thing to bear in mind at all times is that you will need to reuse every end sound again for every additional verse.
The more verses your poem has, the more you risk running out of rhymes or being forced to reuse a word or two.
This isn’t necessarily a deal-breaker for readers but does avoid words that have little to no solid rhymes.
Aside from that, you’ll be pleasantly surprised at how versatile the form is. If you struggle with setting up the end sounds, then you can easily make the lines longer to accommodate your needs.
The poem itself can be as many or as few lines as you feel is appropriate for the topic, making it relatively easy to make adjustments.
Overall, this is definitely one of the easiest and most versatile lingering vestiges of the troubadour era.
While they spent a great deal of their time coming up with ambitious forms designed to show off to each other, the existence of rimas dissolutas does prove that they sometimes just wanted to have some fun with the basic ideas governing poetry.
If you decide to add any form of English meter, such as iambic or anapestic, then try to maintain the same meter on every line of the poem for the best effect.
Rimas dissolutas typically sticks to uniformity across its lines and stanzas, even if the overarching form is known most for its flexibility.
No theme is locked off, but I find that this form seems to work better for emotive poetry than it does for narrative.
Either is fair game, but the need to fit an exact end sound at frequent, regular intervals may break your knees if you try to twist a thorough storyline around it.
Poet’s Note

Frankly, this form is so simple that it’s fair to assume several poets have used it sheerly by coincidence without knowing it was a preexisting tradition.
The concept of having cross-rhymes as the main feature of a poem instead of internal rhymes is bound to occur to you eventually if you write enough poems.
Still cool that there’s a name for it, though.
What Are the Most Important Types of Poems?