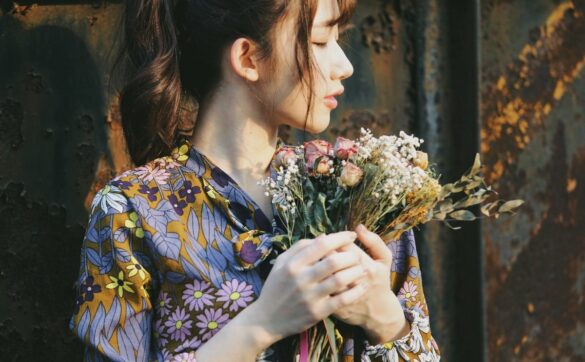 Here’s what the sedoka poem type is:
Sedoka is a Japanese poem form consisting of two tercets that each have a 5-7-7 or sometimes 5-7-5 syllable structure.
There’s quite a bit of disagreement among western sources as to what theming the poem is intended to have, but natural imagery and a concept of reflective thinking do seem to appear consistently.
If you want learn all about sedoka poems, then you’ve come to the right place.
Let’s get right to it!

What Is the Sedoka? The sedoka is a Japanese poem form inspired by the traditions of the katuata and mondo.
Structurally each verse is similar to a haiku, at least to western eyes, consisting of 5-7-7 or 5-7-5 syllable structures.
It differs from a similar mondo in that it is not a collaborative work, but instead a poem by a single poet.
This particular form is rather uncommon but was sometimes used in dialogue historically.
The definition of the form is painfully ambiguous in terms of theming. The two elements that seem to appear consistently are natural imagery (such as trees and flowers) and a concept of philosophical reflection.
Other than that, there are various inconsistencies in how different sources describe the form.
What Are the Basic Properties of the Sedoka? The sedoka consists of two tercets that usually have a 5-7-7 syllable structure, but sometimes a 5-7-5 structure instead.
In terms of physical structure, that’s all there is to it.
There is no rhyme or meter associated with the sedoka, even in English variants.
It should be noted that as with most of these Japanese forms, the original unit of measurement was not syllables but the Japanese phonetic unit called on.
English has no direct equivalent so western adaptations of haikus, katuata, renga, and so on tend to be measured in syllables instead.
Fans of the haiku will immediately take note of the 5-7-5 structure that is sometimes used and wonder what the difference is.
This is due to a common misconception among English speakers that this syllable structure is the only quality of haikus.
In Japanese, there are multiple poem types that feature this structure, with their divisions being based on how the poems are used.
As an example, haikus are expected to use seasonal language and will generally be about nature. The subdivisions of Japanese poetry are a bit hard to grasp for non-natives due to their extreme subtlety and the lack of western documentation, but one defining difference for the sedoka is that it consists of two tercets instead of one.
The form is structurally the same as the mondo, but it is not always a collaborative poem.
Unfortunately, there seems to be some disagreement as to what exactly a sedoka is.
Some sources give it a definition that would make it nearly a synonym for the mondo, calling its true form a question-answer format meant to be recited, while others say that it tends to be written as two verses that parallel each other instead of asking questions.
The most impressive documentation I’ve seen on the sedoka claims that it consists of a sharp image in the first verse, often pulled from nature, followed by a second verse that renews the perspective and shares the speaker’s feelings.
Since this same source included more thorough descriptions of the original formatting than more common sources, I’m inclined to believe this is the best explanation for the intent of the form available.
What Is an Example of a Sedoka? 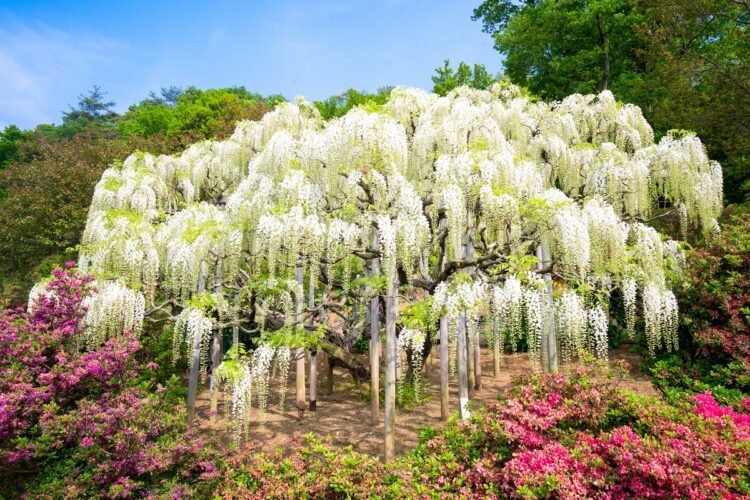 Leaves fall from tall oaks,
gently tossed by the soft breeze
as they head for earth.I watch quietly
knowing that their timely fall
can’t be prevented.
The above example is based loosely on the most specific explanation of the form’s intent that I could find.
Of course, it’s safe to assume that the exact definition of a sedoka is a little contentious, even in its home region, since it hasn’t been in widespread use for centuries.
The first verse sets up the image, in this case, leaves falling from a tree.
The second verse shares a moment of reflection.
I decided not to have the meaning of the reflection be entirely obvious.
What the falling of the leaves ultimately represents is up to the reader’s interpretation in this example, with the only hint given by the speaker that it is something that “can’t be prevented.”
What Are Tips for Writing Sedoka?

If you want to write a sedoka that perfectly honors every tradition of the form, you’re going to need to become fluent in Japanese first.
I’m not joking.
Whatever you write in English it will, by definition, be a western adaptation of the form rather than the original form, with the most obvious difference being that we don’t (and can’t) measure meter the same way.
With that in mind, you don’t need to stress yourself out over getting the sedoka exactly right.
Allow yourself to explore the form as a concept.
Maybe you’ll try to get as close to the original intent as possible, going with the image and reflection angle, or maybe you’ll throw that out the window and write a humorous sedoka that functions more like a limerick.
Perhaps you’ll interpret the form as another variant of the question-answer poem that was popularized by zen traditions.
That’s a popular take on the form as well.
Regardless, your version of the form will end up being just that: YOUR version.
Cultural barriers, especially between western and eastern languages, naturally introduce some of the wonkiest and subjective aspects of adapting poetry.
How true to the native language does a poem need to be in order to be respectful of the intended form?
You may initially think there’s a right answer, but it’s much more subjective than you would think.
Sometimes we add meter to forms that didn’t originally have them.
That’s what happened to a wide array of French and Italian poem forms.
Sometimes our understanding of meter just doesn’t mesh with the meters of the native language.
Try researching the various meters of ancient Greek poetry if you’re curious about that.
Sometimes poems that originally had flexible rhyme schemes become rigid after a famous poet sets a precedent.
Poetry is an awkward field because it doesn’t congeal to a unified state that everyone agrees on.
While you can come close to the intent of old foreign forms by researching examples from the historic past, there will always be a hint of evolution in every new poem.
Regardless, I do advise you to at least try to make your poem as recognizable to the source form as possible.
There’s a difference between allowing a form to change organically over time and arbitrarily deciding that your twenty-line poem counts as a sonnet.
In the case of the sedoka, this means you should not venture far from the 5-7-7 or 5-7-5 syllable structures expected of the form and should stick with two tercets.
That much, at the very least, will give your attempt some credibility.
Poet’s Note

While the disparity between different definitions is interesting, I have to wonder if the form’s lack of a clear and necessary identity might have been a contributing factor to its eventual downfall.
Haikus have an exact purpose and a fairly concrete definition.
Perhaps sedoka would still be popular today if they’d been codified more strictly early in their lifespan?
What Are the Most Important Types of Poems?