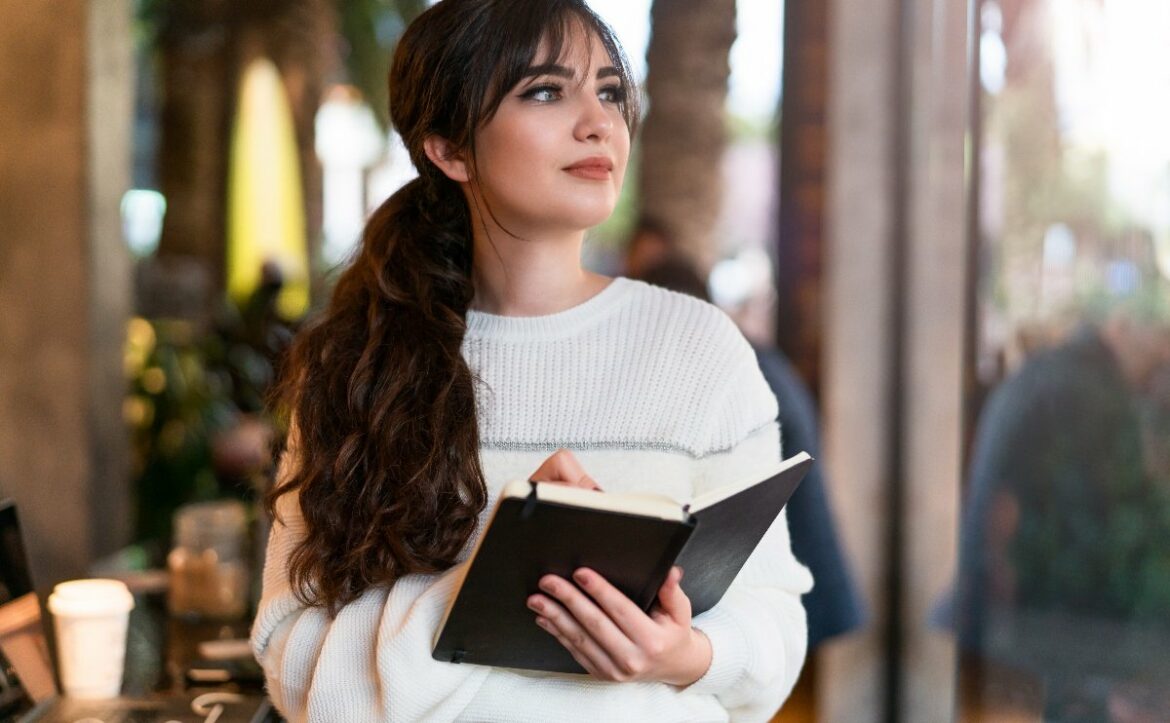 Here’s what the vocabularycleft poem type is:
Vocabularycleft poems are a type of found poetry proposed by Howard Bergerson in 1969.
They’re made by scrambling the words from a preexisting poem into a list and then using them to create a new poem.
Functionally, they’re similar in nature to a collage.
The form’s main exposure was in issues of Word Ways.
If you want to learn all about vocabularycleft poems, then you’ve come to the right place.
Let’s get to it! Vocabularycleft poems, proposed in 1969 by Howard Bergerson, are a type of found poetry in which a poem is separated into its individual words, and others are then challenged to reassemble the words into a new poem.
This form only really had notoriety within the Word Ways community, the publication in which the form was proposed.
Word Ways went on to publish a variety of poems by J.A. Lindon and others in later issues.
As a note on found poetry in general: Make sure you give credit where credit is due.
Vocabularycleft poems (and other found poems) rely on taking content that was created by something else and rearranging it, but it’s still a good form to credit the original writer, even when the new poem is completely detached from the original.
Failing to do so is considered to be in poor taste by most members of the writing community and can even lead to legal issues depending on how strict the copyright laws in your region are.
Always, always credit creative content you borrow from, regardless of how you use it.
What Are the Basic Properties of a Vocabularycleft Poem? Rhyme StructureNoneMeterUnmeteredOrigin1969, Word Ways, Howard BergersonPopularityMainly restricted to appearances in its original publicationThemeVaries
How Is a Vocabularycleft Poem Structured? (With Examples) Vocabularycleft poems don’t emphasize on syllable counts, meters, or rhyme schemes.
The only rule, generally speaking, is that you are to take the words from another poem and rearrange them so that they create a unique new poem.
As a simple example, we’ll be pulling apart a haiku by renowned poet Matsuo Bashō and putting it back together. (Observant readers may notice that the syllable counts seem off but keep in mind that this poem was originally in Japanese!)
Here is the poem we’ll be borrowing:
From time to time
The clouds give rest
To the moon-beholders
We’ll be using the same premise that Bergerson used.
First, we take out all the words are arrange them in alphabetical order:
Beholders
Clouds
From
Give
Moon
Rest
The
The
Time
Time
To
To
Note that I did decide to split “moon-beholders” into the two separate words “moon” and “beholders.”
From here, we just have to create a new poem that uses all the words in this list. It doesn’t necessarily need to be a haiku, since keeping original forms isn’t a baked in rule of the vocabularycleft form.
To beholders from the moon:
Give time to rest
Time the clouds
The above poem is a rather nonsensical shuffle of the original set of words.
Is it a tense, emotionally deep experience?
Not really.
But does it have some fascinating thoughts and phrases?
Definitely.
The fun of a vocabularycleft poem isn’t in creating a deep and sprawling masterpiece out of someone else’s work.
The form is inherently intended to be a game played between poetry lovers in the first place.
The real fun is in seeing what new and unusual phrases and concepts you come up with when you only have a limited and seemingly arbitrary word set to pull from.
Part of the intrigue is that you know there are enough words to form complete sentences because someone else already used the same word set once before to create a poem.
The question becomes: Can you create a new set of sentences that still sounds like it means something?
What Are Tips for Writing a Vocabularycleft Poem? If you intend to use every word in the original poem, as in the above example, then choose a short poem.
This will leave you with fewer options but you’re also likely to have a shorter list of ‘dead words’ when you’re getting closer to completion.
What do I mean by ‘dead words,’ you might ask?
Well, towards the end there’s a good chance you’ll end up with a small set of words that don’t seem to go together in any meaningful way.
If you only have a few, then you can probably find somewhere in the poem to sneak them in.
But if you have about a half-dozen or so, then it becomes much more difficult to squeeze some use out of them.
Alternatively, you can just choose a longer poem and only require yourself to use words from the list but not necessarily every word from the list.
In this case, it gets easier the longer the poem is.
Do not try to choose a poem so long that it invalidates the challenge, though.
A vocabularycleft poem that used the dictionary as its source material is more obnoxious than impressive.
Try to limit yourself to only using a word the number of times it appears on the list, if possible. You don’t get to spam ‘the’ just because it’s used once in the original poem.
Try to set limits.
The main draw of the form is setting arbitrary limits, so you might as well lean into that.
A vocabularycleft poem is ultimately just a collage you make out of words.
The odds of you getting international recognition and prestige because you made a really cool word jumble are pretty low, so don’t get your hopes up.
But it is a fun word game to kill an hour or two if you’re feeling up to it.
Do not, at any point, fool yourself into thinking that you’re going to follow a rhyme scheme or meter while arranging a vocabularycleft poem.
That’s a great way to pop a blood vessel somewhere.
This type of poem is only meant to be a charming little game and is in no way meant to be taken that seriously.
Adding extra arbitrary limitations is only going to end up hurting your brain for no real benefit.
Poet’s Note

Do I think a form of poetry that only seems to have ever been popular in one very specific publication from several decades ago is revolutionary?
No, not really.
In fact, the idea of a ‘word collage’ is something that pops up all the time.
All found poetry ultimately stems from the same general idea, “What if I took these words that are already in front of me and just…used them?”
The genre faces inherent limitations, but those limits are part of the fun.
What Are the Most Important Types of Poems?