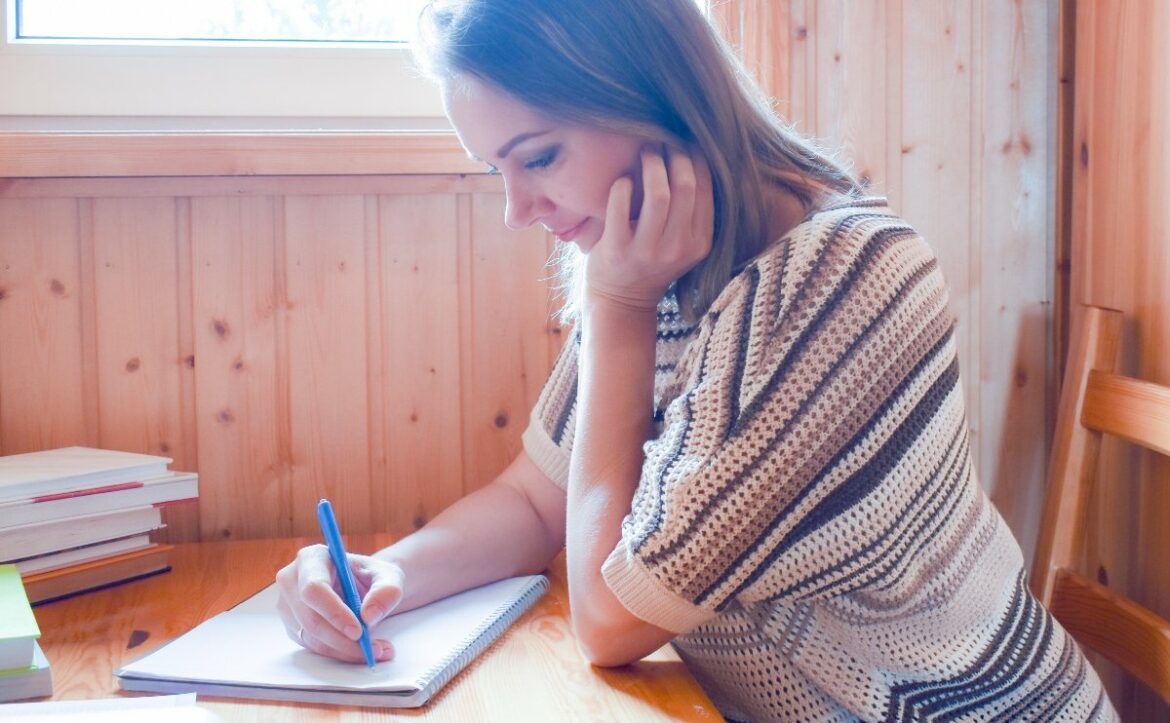 Here’s what the Waltmarie poem type is:
The Waltmarie is a simple poetic form that utilizes ten lines with exactly two syllables on each even-numbered line, but no restrictions on the odd lines.
The even-numbered lines are expected to form a separate poem when read alone, effectively hiding a bonus poem in plain sight for those familiar with the form.
If you want to learn all about Waltmarie poems, then you’ve come to the right place.
Let’s jump in! The Waltmarie is a very new form that gained notoriety after being featured in Writer’s Digest’s “Poetic Form Fridays” series of articles.
It was invented by a member of the Poetic Asides community named Candace Kubinec.
While the writer of the article referred to the poem as a nonce form (generally one-time use forms not meant for longevity), the form has ironically appeared in multiple online databases since as a result.
It’s unclear whether the Waltmarie will have the staying power of older forms but it does have the advantage of appearing in the digital age, where information (and forms of poetry) can spread faster than ever before.
Its name is not a reference to any structural element of the poem, but instead a portmanteau of Walt and Marie, named after poets Walter J. Wojtanik and Marie Elena Good.
What Are the Basic Properties of the Waltmarie? As with most poems intended as nonce forms, the Waltmarie has charmingly simple rules.
It is expected to have a mere ten lines, with even lines containing only two syllables.
Odd lines are allowed to contain any number of syllables and are where the bulk of the poem takes place.
As an added bonus the even lines of the poem are expected to make a separate poem if read without the odd lines.
But it’s usually a very simple poem that leaves much to the imagination, given the extreme brevity of the even-numbered lines.
It will only be a total of ten syllables, after all.
The Waltmarie does not expect nor forbid any other elements.
Rhyme scheme, meter, and such are left to the writer’s imagination, though the examples I’ve seen do eschew them entirely.
What Is an Example of a Waltmarie? In SilenceBeneath the grand veneer of a plastic grin
silent
dissatisfaction is setting in
whispers
surround the rooms we visit
haunting
us as we wander and fidget
quiet
in the long and dark
hallways.
This example of a Waltmarie does feature rhyme, but only on a few lines, resulting in a rhyme scheme of AxAxBxBxx, where each ‘x’ marks an unrhymed line.
While the Waltmarie doesn’t demand rhyme or meter, it doesn’t explicitly forbid them either.
The form is very simple, so enterprising poets who like a challenge may find it more fun to write a Waltmarie that imposes some additional limitations or rules.
In this case, the even lines spell out the phrase “silent whispers haunting quiet halls.”
This throughline becomes the basis of the longer poem’s theme and mood, while notably retaining the expected two syllables per even line structure.
What Are Tips for Writing a Waltmarie? I honestly recommend writing the short poem hidden in the full version first.
This might sound backward, but I found in my testing that it is both a satisfying and effective approach that gets to the heart of the poem’s main challenge and makes it relatively easy.
In the above poem, I actually started with the hidden poem, “Silent whispers haunting quiet halls.”
Since each odd line gives you an unlimited amount of space to work with and no restrictions outside of those you set for yourself, it’s easy to connect the dots between your words once you have the even lines pinned down.
The only “hard” part of this approach is choosing odd lines that suit both the line before and the line after, but in practice I found this to be incredibly easy.
Writing the Waltmarie with this admittedly unconventional approach turns the challenge on its head so that instead of wondering how you’ll tuck a hidden poem into a longer one you dream of how you’ll expand your one-line poem into a fuller image.
Of course, if you choose to write the Waltmarie the other way around, then more power to you.
Be forewarned, however, that doing so will require you to restrict your word choices on the even lines to words that make sense in the grander design and not just in the moment.
Of course, this is not a form that is particularly difficult either way, so it’s actually a pretty good place for amateur poets to wet their feet a little.
The Waltmarie is a good example of why poets devote so much time to making new forms.
A poem, at its core, is just words arranged in a certain order to create meaning, but creative takes on this process such as the Waltmarie allow us to look at language and meaning in a new way.
Poetry is, in many ways, a search for the power and meaning of language itself, so it’s nice to see that the medium continues to expand in the digital era.
Poet’s Note

I was pleasantly surprised by just how deceptively easy the Waltmarie is once you get into the right groove.
In fact, I would go so far as to argue that the Western variant of the haiku, often touted as a beginner-friendly form is itself harder than a Waltmarie because of the limited space you have to work with.
Kubinec is really onto something magical with this form.
What Are the Most Important Types of Poems?